This is a small project for a roof I made with Amá arquitetos. The area was covered with an old roof we decided to remove and put a light single plane supported by one sole column... The thing will be build now, so I'll put some new pictures after it's done (well, if everything goes right 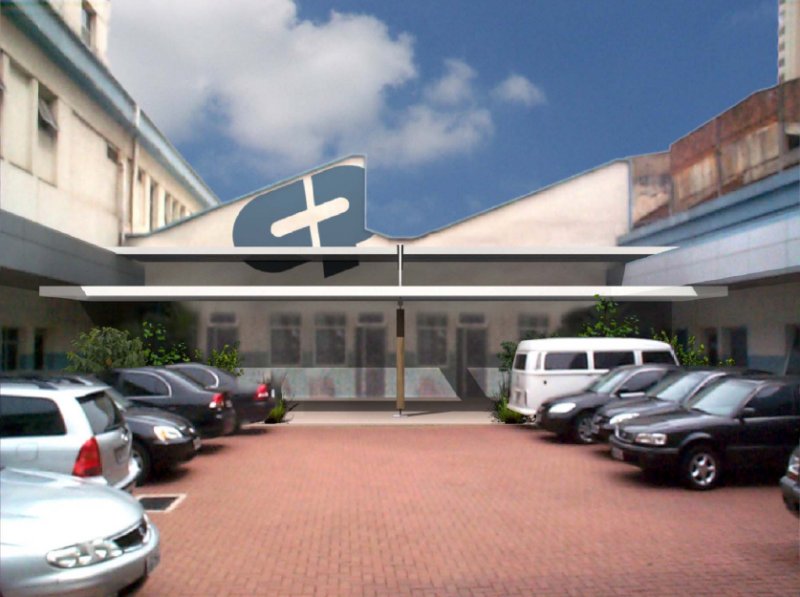 This proposal aims at giving a simple, open and visually light solution for the entrance and relaxing/coffee area of the Vila Mariana factory unit.

A thin, pure roof supported by one sole column of massive wood.

The constructive system is simple, it is a common metallic roof, suspended to a main beam and secured by the existing structure of the existing lateral marquises.

The two planes of the roof are separated by an open  vertical void, that allows natural light to reach the façade and ventilates efficiently the whole roof.

The existing masonry is removed, more vegetation is planted, creating light and confortable green obturation, .Movable wood and glass panels can be created for better protection against wind during winter.

The new coffee/relaxing space is open, simple, calm, and creates an architectural event in the factory courtyard.

The entreprise's logo is painted behind, on the existing façade, freeing comletely the new roof and giving a new role to the old wall.

Finally, this proposal represents a long-term solution, that will keep its architectural qualities as time passes. 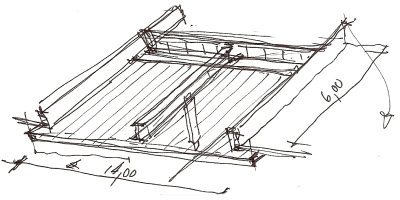 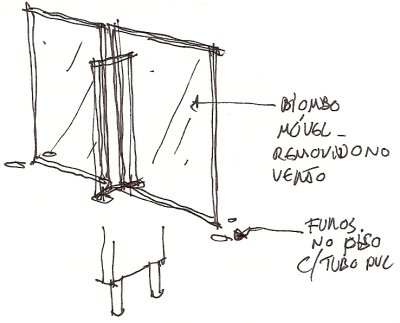 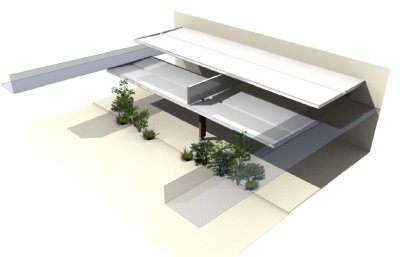 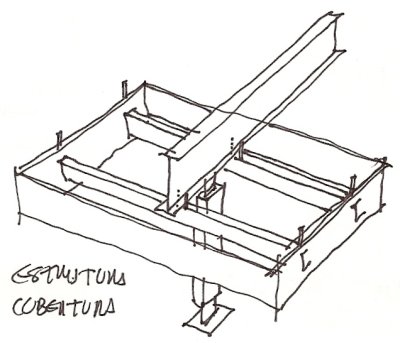 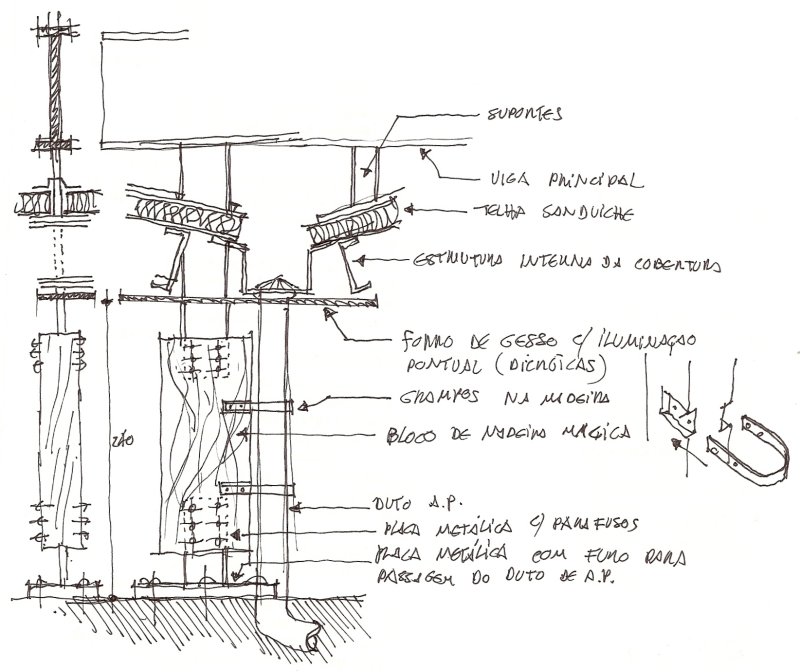