Towards an Architecture module in FreeCAD

I began to start on an architecture module for FreeCAD. I saw a lot of extatic tweets about the subject these last days, so I thought everybody would like a little explanation, even if things are still very bare. So far I have an IFC parser (adapted from the work of Marijn van Aerle working, that is now able to parse all my test files without errors. Then there is a second part of the importer which is responsible for creating the corresponding objects in FreeCAD. So far that part is only able to grow simple walls, mainly because that's the only "architectural" object already implemented.

We have had a couple of interesting discussions about how to implement other concepts, and things are beginning to come. We now have a pretty functional wall, that can be based on a line or a wire (a polyline, in OCC jargon), a face or even a solid. It can receive appendices (that get joined to it) and holes (that get subtracted to it), although there is still no UI controls for all that.

There is also a floor object, which at the moment is only a container for walls (or other floors), with the particularity that it can join walls that intersect. In the future of course it'll have other attributions such as cutting plan views, etc). 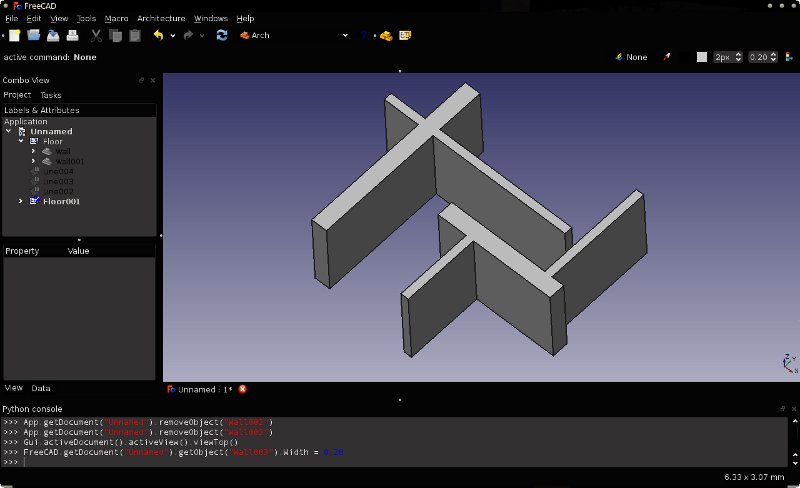 There were also some talks and discussions about the BIM concepts, etc... But being more a practical person, I prefer experimenting and playing with FreeCAD objects gradually than laying out a big plan conceptual ahead.