The OpenCasCade kernel of FreeCAD already provides a way to project 3d objects on a 2d plane. That is what we use now in the Drawing module. But it does it by calculating the shown and hidden segments of the object's edges, and can only output a bunch of lines. Nice for simple views, but not enough for architecture documents, where we want to be able to "paint" our 2d areas with solid or hatch fills.

So I ended up writing a complete new vector rendering module, inspired by earlier experiments for blender such as Pantograph or VRM. Both are based on the Painter algorithm, which is a way to render objects by depth order, so the upper objects hide the lower ones.

SVG works exactly that way, so it is totally appropriate. The big problem is to sort the faces of 3D objects by their depth in relation to the point of view. It may look simple, but it is a quite complex problem, you cannot simply consider the faces centerpoint, you need to do a serie of tests to know which face is closer. Finally, I found this article that explains step-by-step several tests to do. I implemented this in a new module and it works already fairly good and fast: 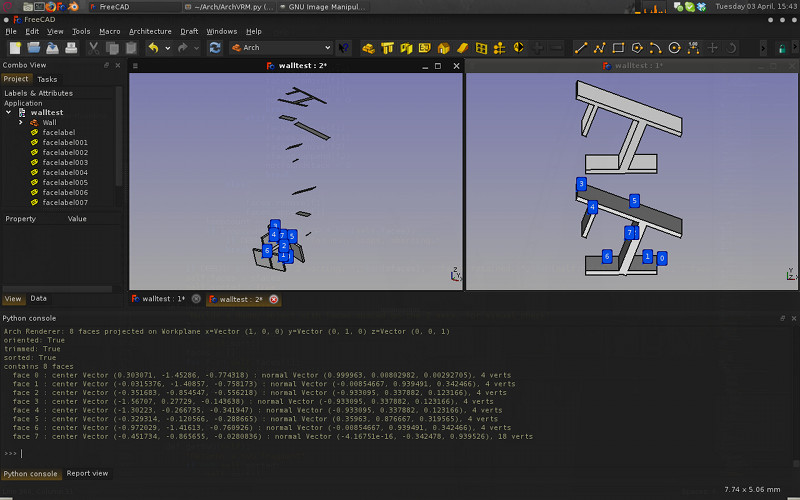 The Arch section plane already uses it by default: 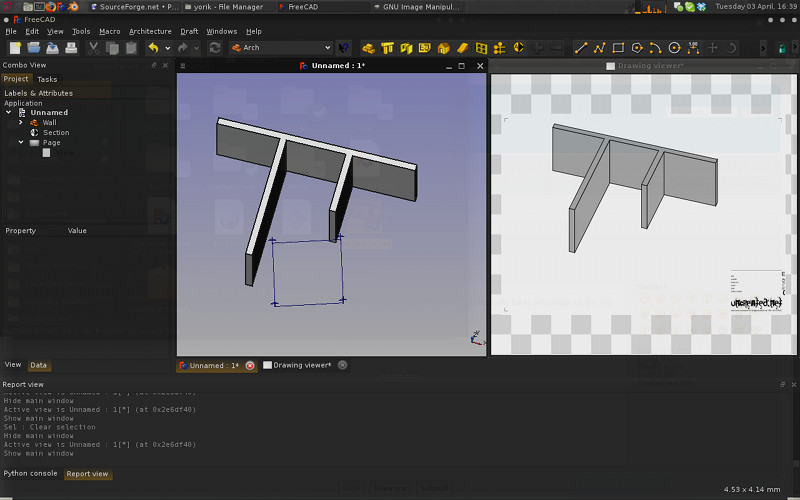 Of course this is still preliminar work and will probably fail in many complex cases, but I'm already pretty happy to have the main algorithm working. 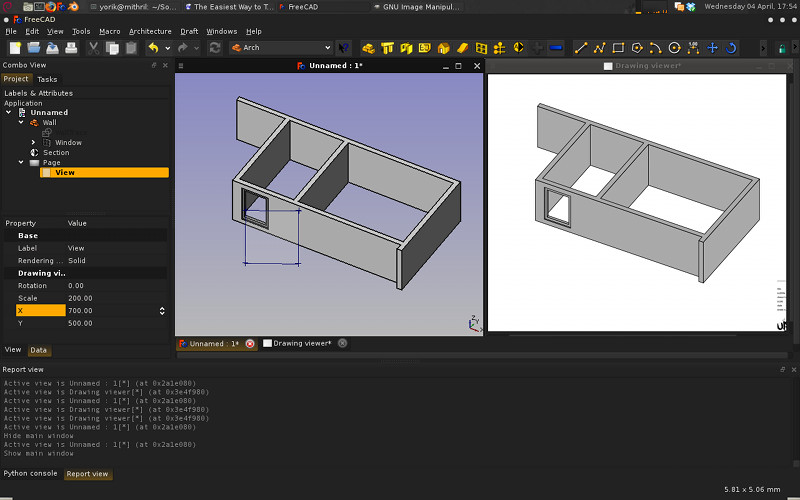 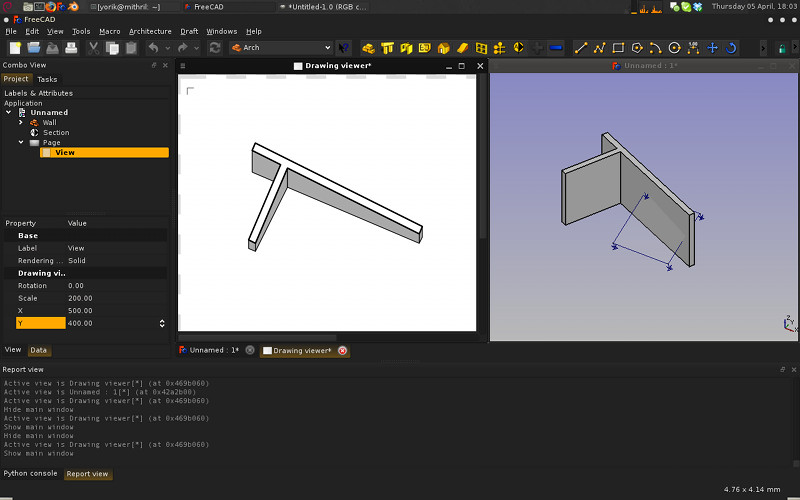