A long time I didn't post here. Writing regularly on a blog proves more difficult than I thought. I have this blog since a long time, but never really tried tomconstrain myself to write regularly. You look elsewhere a little bit, and when you get back to it, two months have gone by...

Since this post is aimed principally at informing my Patreons of what I am doing with their money, I'll start by saying thank you again, the last year has been a terrible economical crisis here in Brazil, and the last months have been awful, we thought seriously we'd need to close our architecture office. Fortunately things seem to slowly get back on track... Anyway, thanks to your support, even in the direst hours, I could still reserve a little timefor FreeCAD, that is really very cool.

So the main happening, on my side, was without a doubt the new Panel tools I've been working on, that now allow to create Wikihouse-like projects fully in FreeCAD. 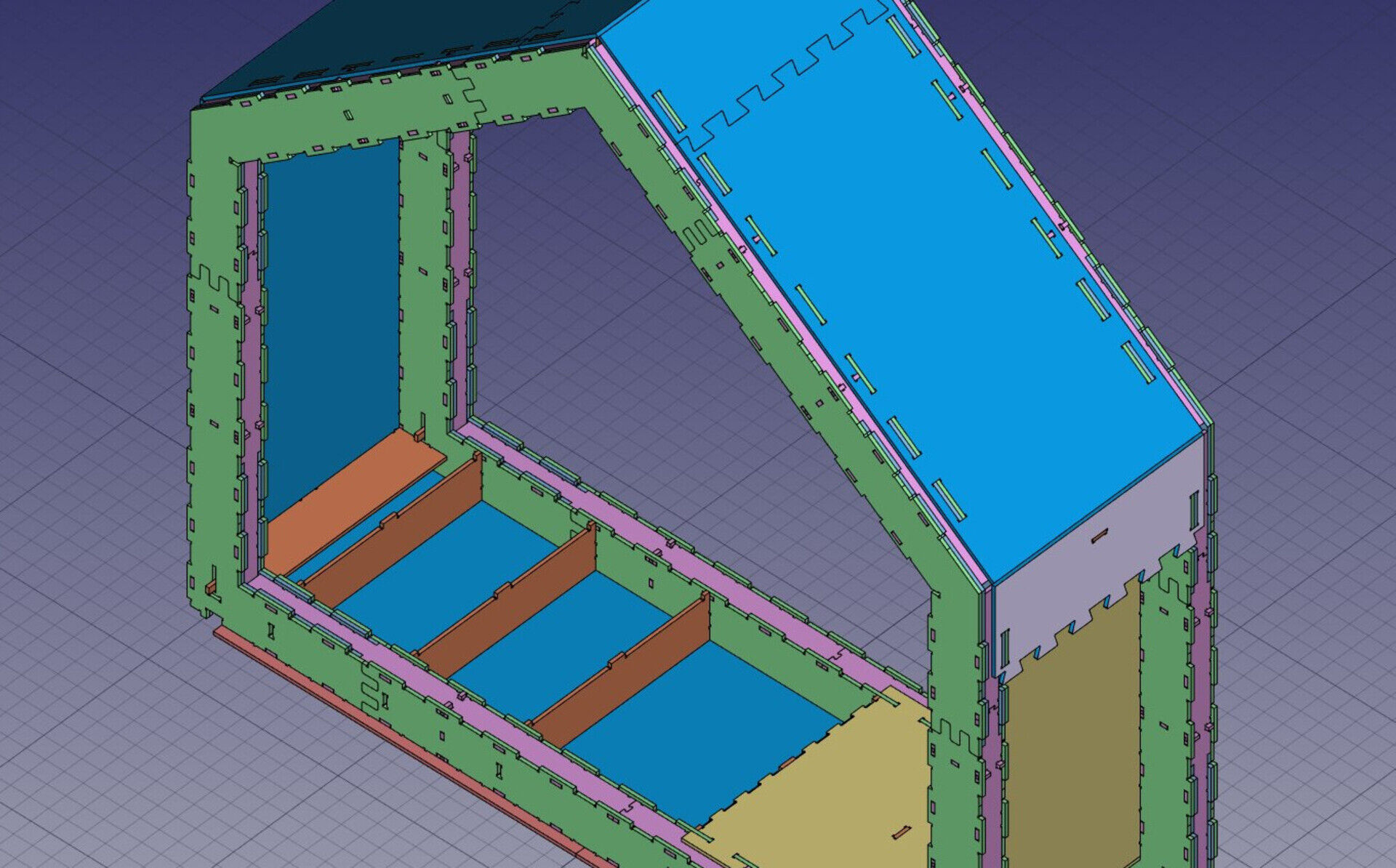 Arch Panel objects have been enhanced so they can now 1) have a tag, 2) output a 2D view of themselves, in the XY (ground) plane, including the tag, and 3) a panel sheet object can gather and assemble different of those outputs, and 4) you can export these panel sheets to DXF, with a result that is identical to the ones produced by the Wikihouse project. 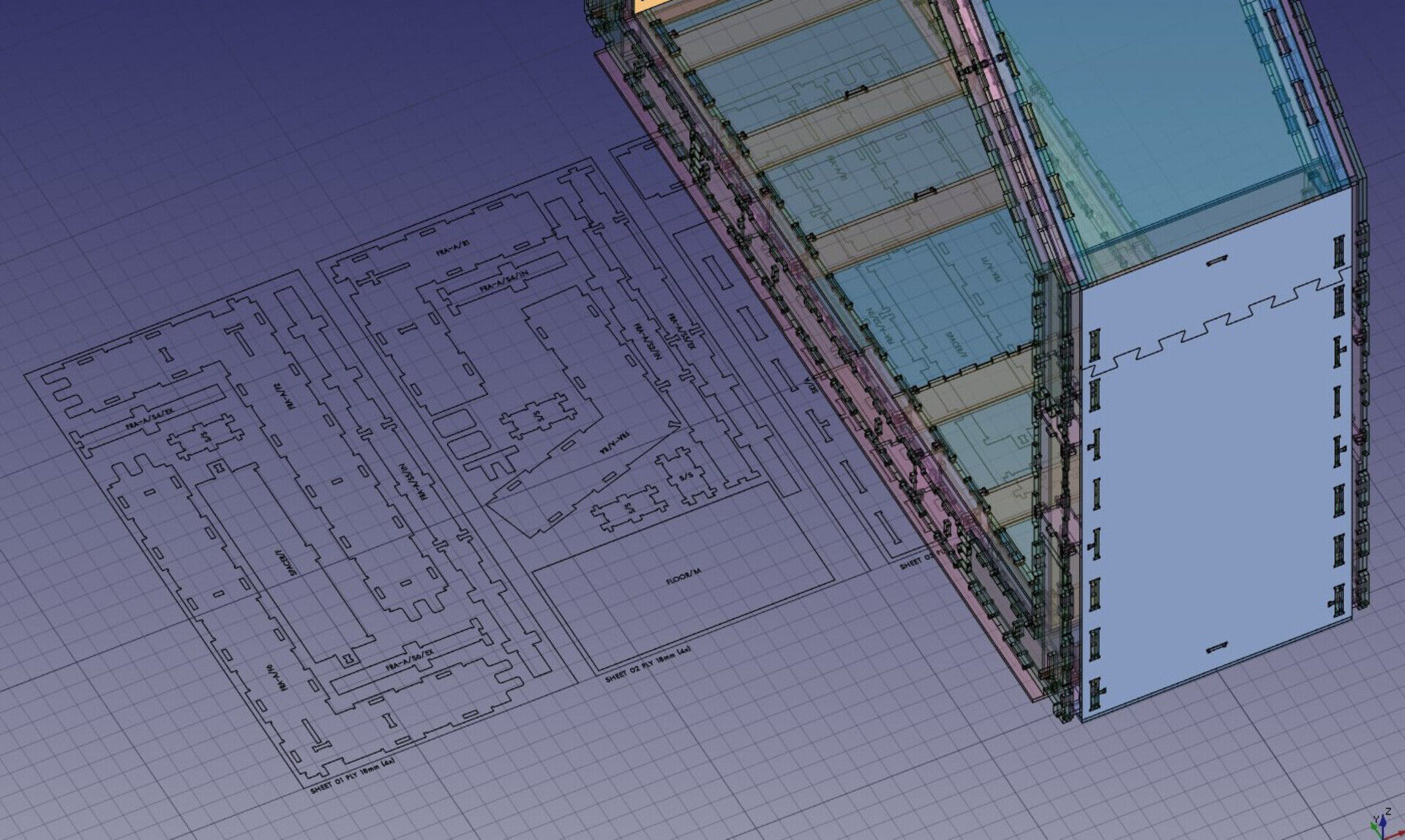 By the way, the above image is a screenshot from LibreCAD, which started as a fork of QCAD, but now the two projects have evolved in very different ways, QCAD has become quite powerful, while LibreCAD stayed more simple. However, LibreCAD has recently added DWG support, which was entirely coded from scratch by Rallaz, one of their code warriors. This is truly impressive, given that the DWG format is proprietary, undocumented, kept as secret as possible by Autodesk, and even more, it changes radically each year. At FreeCAD we gave up a long time ago... Kudos LibreCAD heroes!

Getting back to wikihouse, once you have a set of profiles for your panels, it is now pretty easy to build complex wikihouse models, then quickly output the cut sheets for everything, no matter how they are assembled in themodel.

There is much room for improvement of course, and we didn't even touch the possibilities offered by the Path workbench yet. However, I thought this is a safe and comfortable in-between step, the DXF output allows to check the results before preparing the actual cut, and it mimics the current Wikihouse workflow.

Another small feature, that was in the works since long, is an AutoGroup feature (it only works in Draft and Arch at the moment). With it, youcan basically get the kind of workflow you have in your favorite BIM app: Switch to third floor, and begin to work on third floor. In FreeCAD, you would hide all floors except the third, then enable autogroup on the third floor, and there you are.

On other fronts, there is much going on, as always, in FreeCAD. Werner has made a ton of fixes and reinforcements here and there, as usual (for who doesn't know, he is the unsung true hero of FreeCAD, everybody is an amateur compared to him), Ickby is working on several ground improvements to the general document structure, and, last but not least, Abdullah has coded the one feature we were all waiting for but were too afraid to code, B-Spline support in the sketcher.

I also fixed a series of smaller bugs (these little things we never talk about, but that, when accumulated, really build the stability of an application), while working with Ryan on one of our Revit/FreeCAD experiments. I'll finish with a couple of screenshots of the FreeCAD work I've been doing there. All of this now exports perfectly to IFC, and imports (more or less) perfectly in Revit. 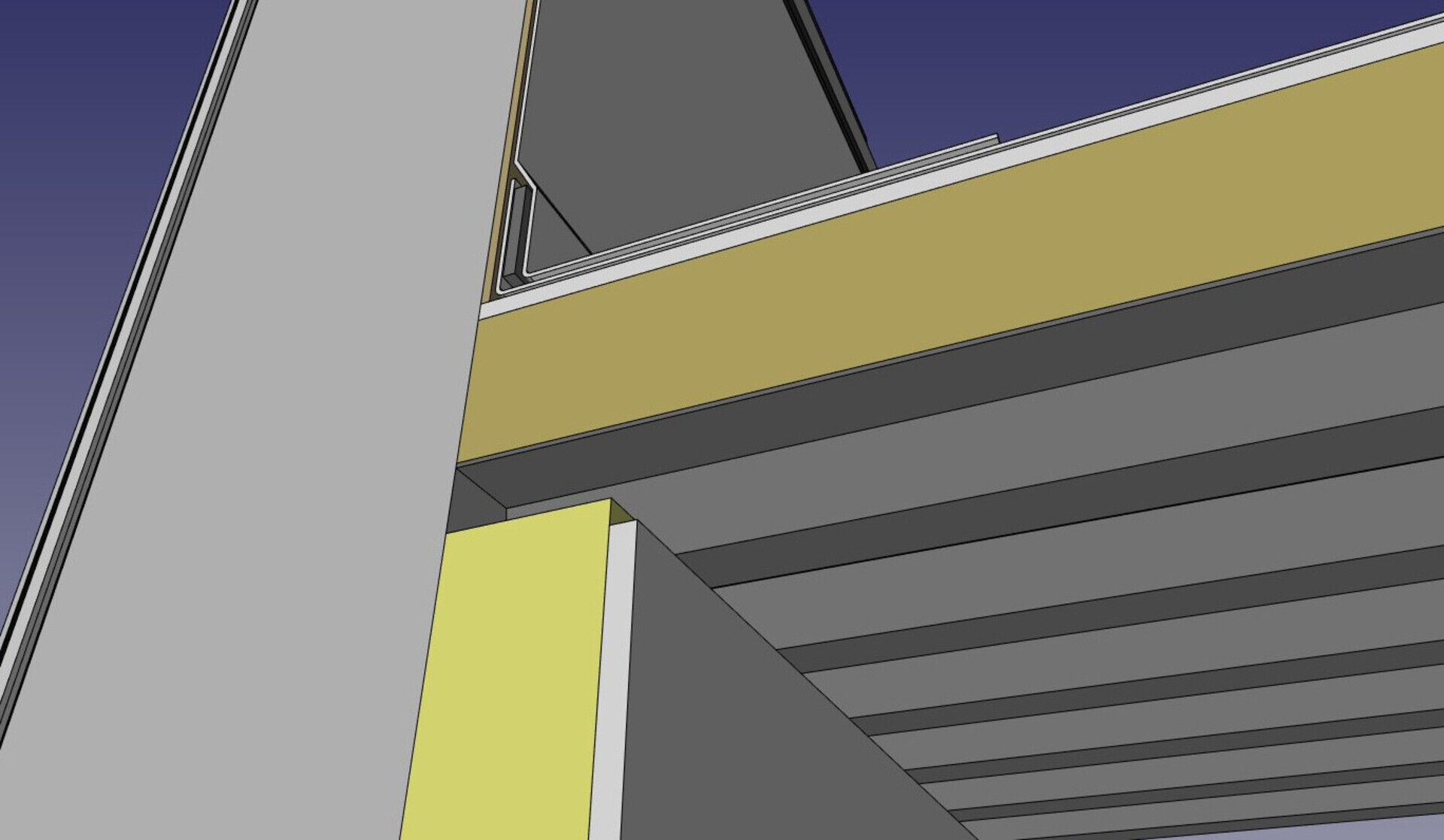 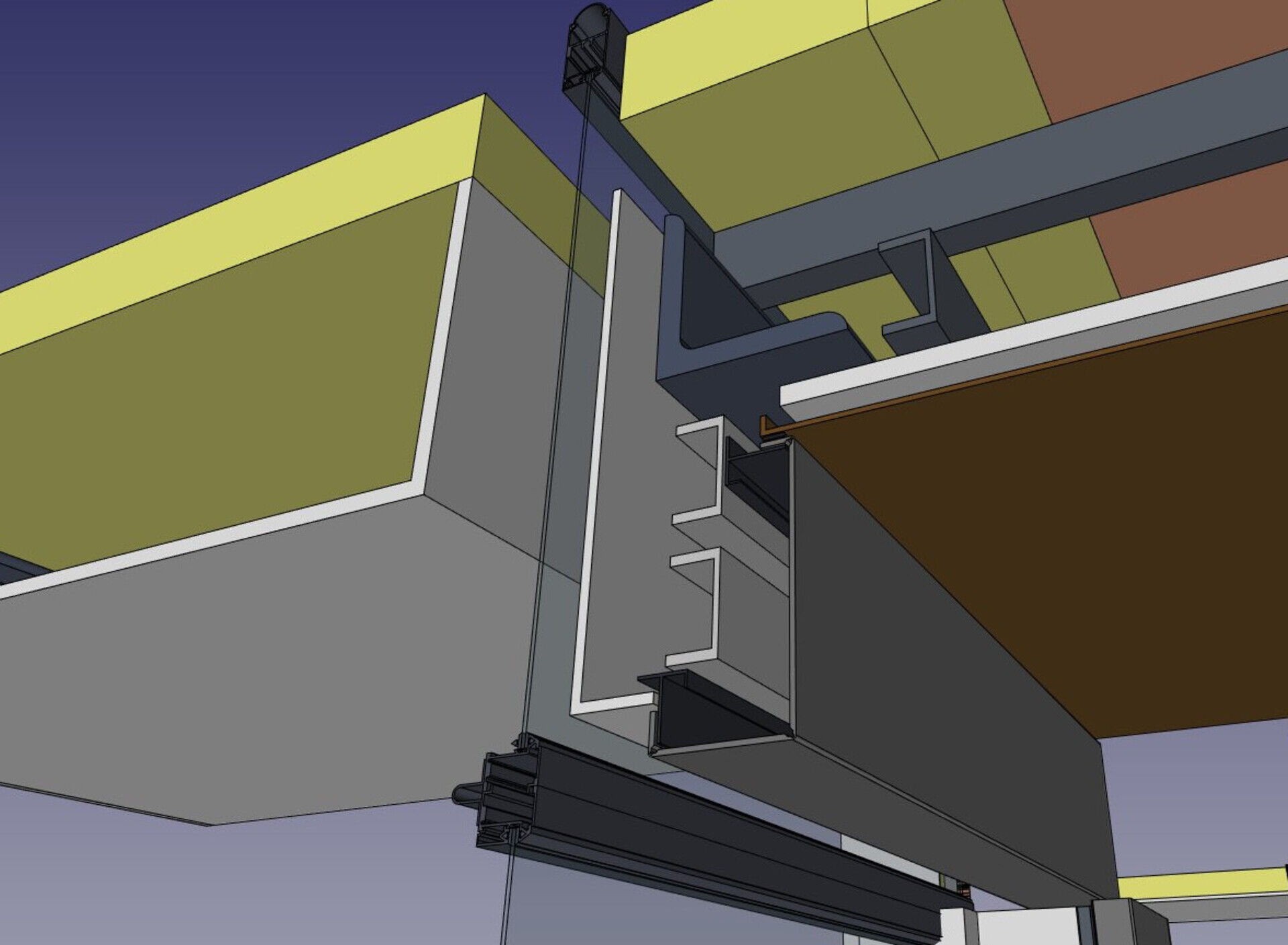 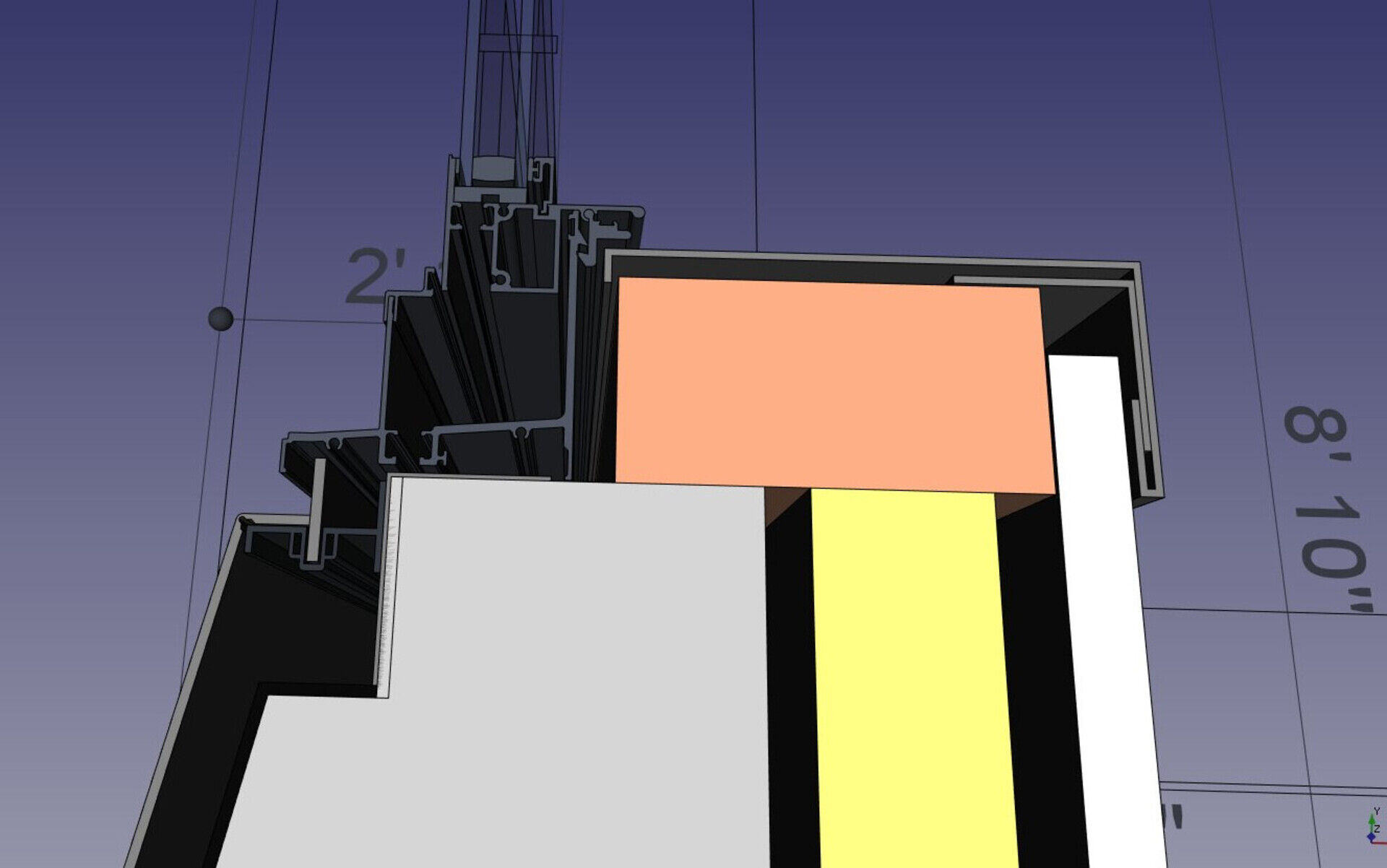 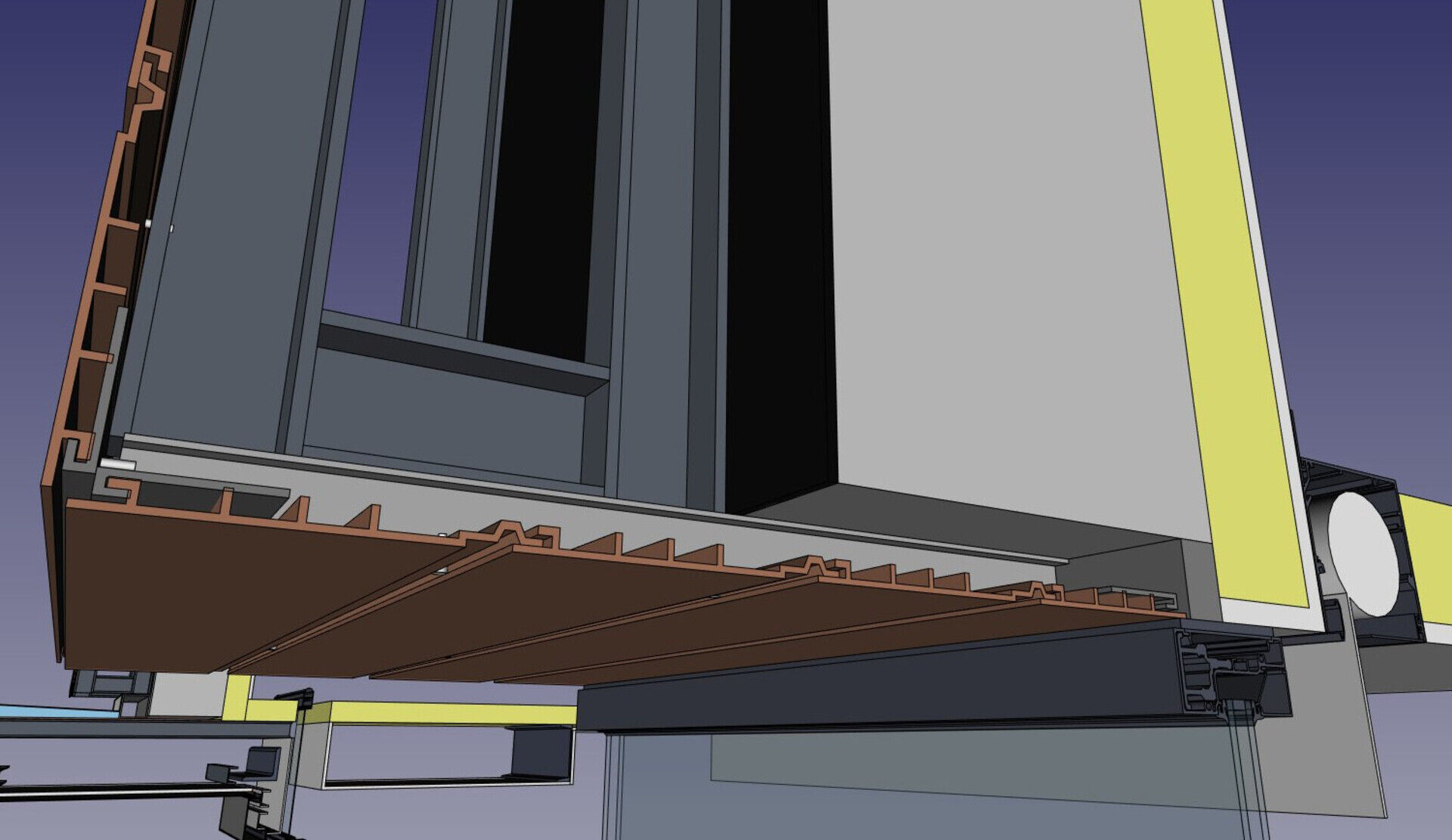