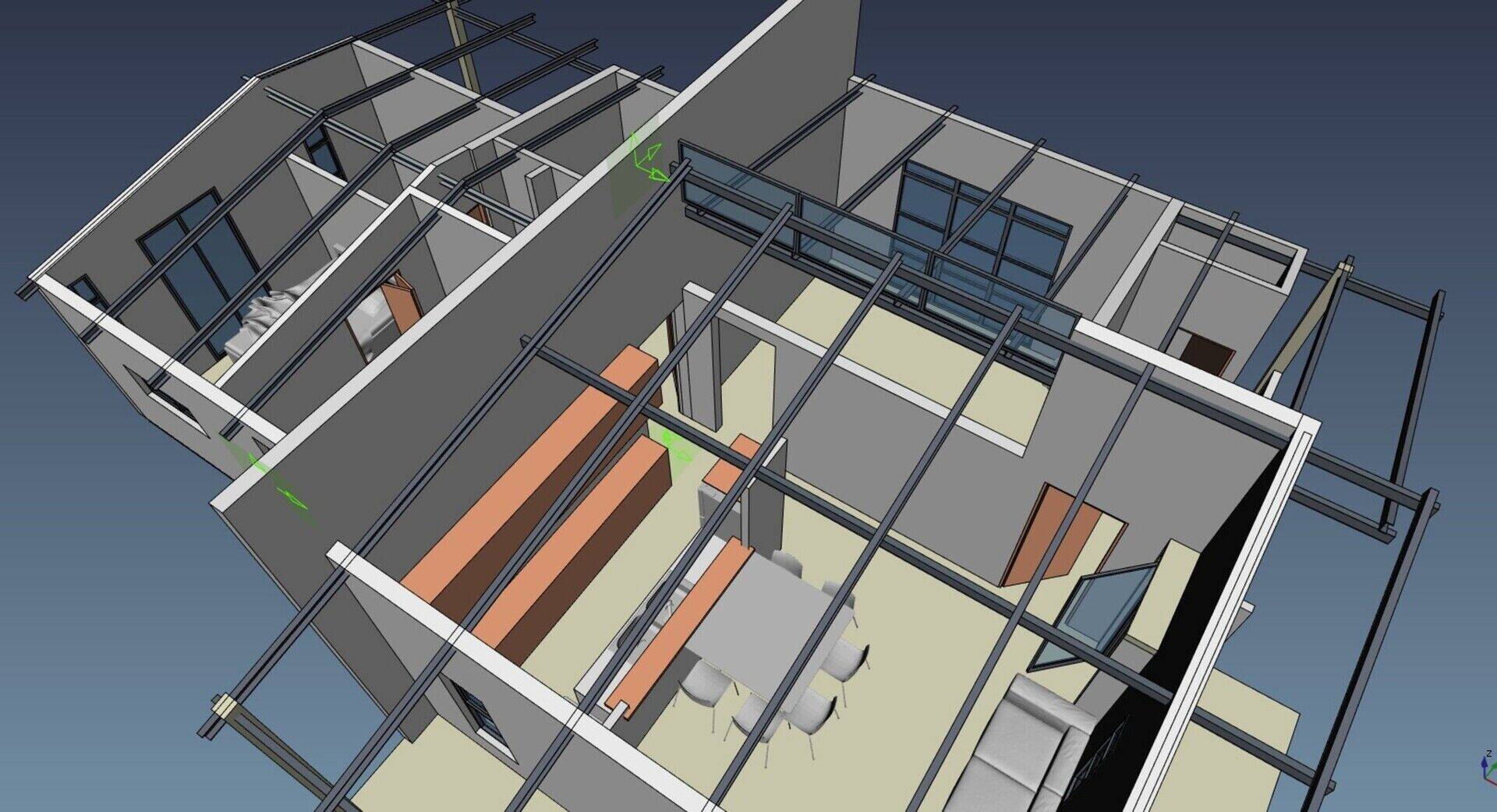 Time for our monthly development update. This month again, no new feature has landed in the FreeCAD codebase, because we are still in "feature freeze mode", which means no new feature (that might break something) can be added to the FreeCAD source code, only bug fixes.

We hoped to release version 0.17 in February, but, as usual, this has been delayed a bit. There are still some bugs remaining, and there is also some documentation missing. The whole community is working hard to fix this, so it won't take long and we will have a release with the documentation in a very good state, much better than it has ever been before.

Translations are also basically done, we have 16 languages over 90% translated and 5 100% done, which is more than we ever had in the past. It is still time to help us!

I have myself been busy touching all these areas, and also done more bugfixing in Arch and Draft. I think these two workbenches are getting pretty robust now, which is basically the level I wanted to reach at this point. My intention after the release is not to touch these features too much anymore, and concentrate on building better UI tools to manipulate them.

By the way, TechDraw is becoming more and more useful for BIM work, hopefully we will soon be able to retire the old section planes system for something much better... It is still a bit slow and not totally adapted to architecture/BIM (you must produce the elevation before the plan, for example), but those are all solvable issues. The results are very nice already... 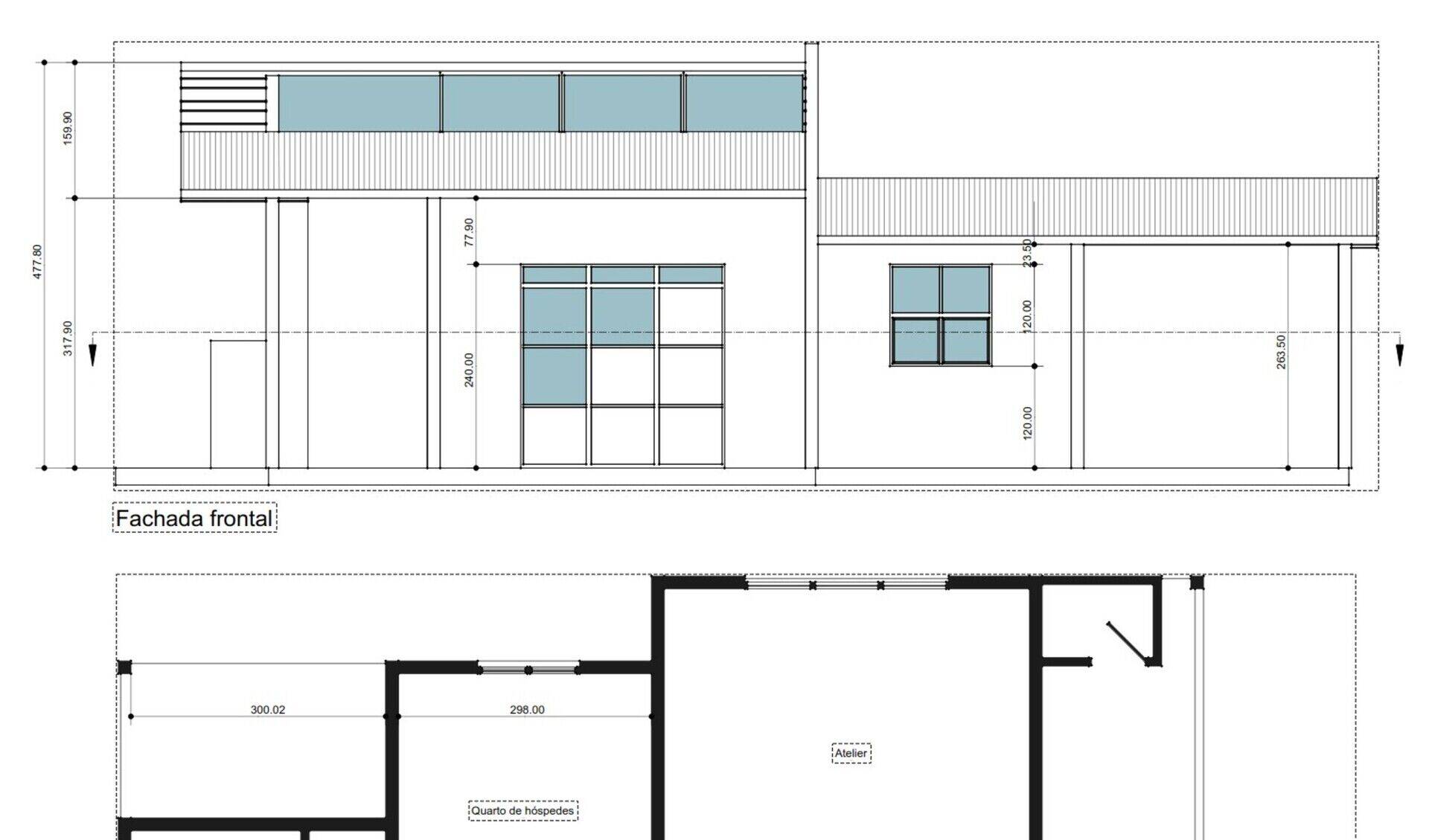 As promised last month, I tried to record a video this time. Let me know what you think of it, sorry about the non-professional quality, I'm not a professional youtuber yet I propose to do more later on, about specific parts of the Arch workbench. 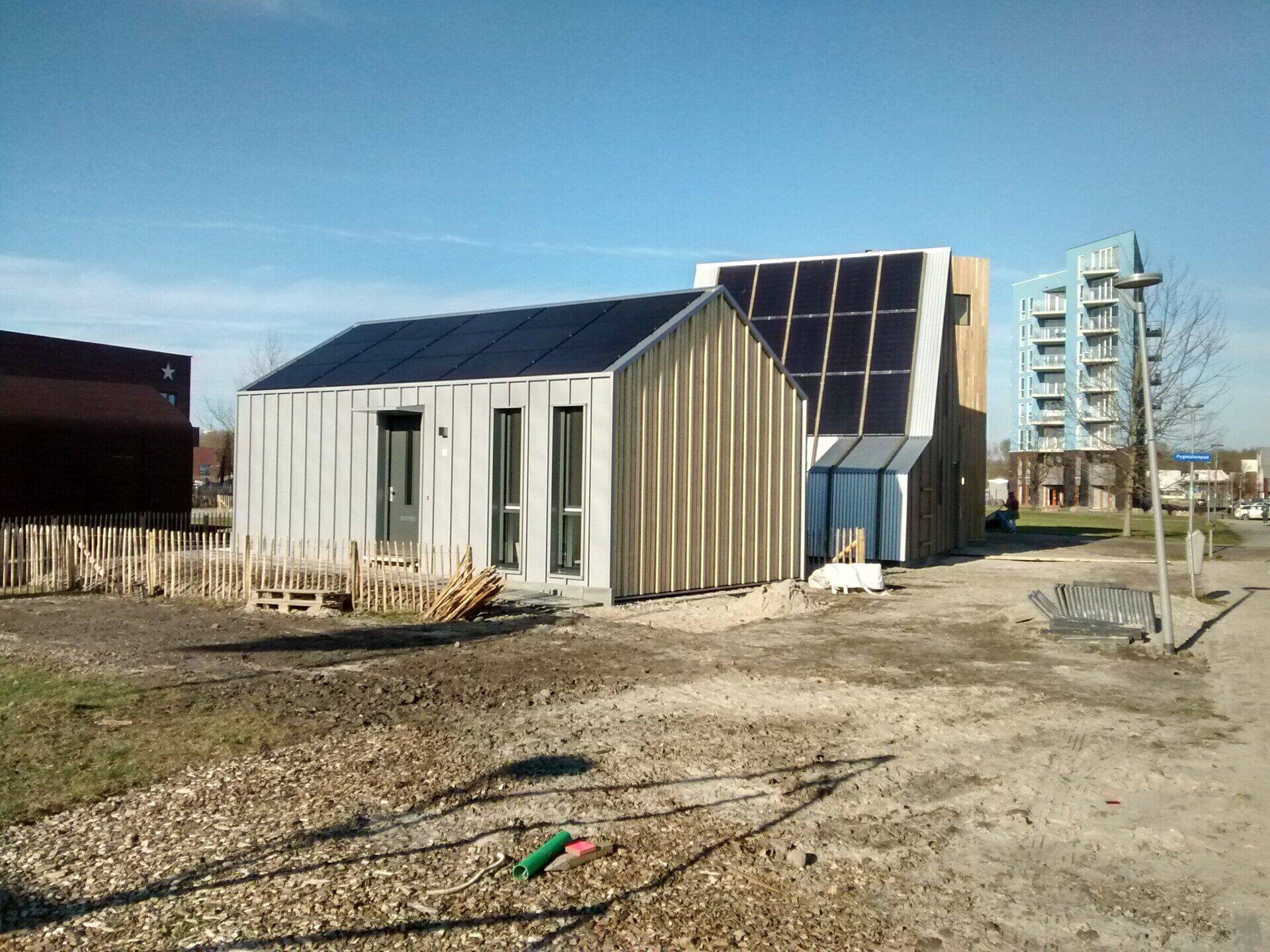 Since I was in Europe last month to attend FOSDEM (read about it in my previous post, and the video of my talk is here), I also took the opportunity to visit the Pionierswoning (Pioneers housing), another WikiHouse-based construction that happened in the same time as the WikiLab (We even had a dummy "competition" to see who would finish first) and talk with Vincent and Ivar who are behind the project.

This was a very, very interesting visit. The Pionierswoning is part of a bigger experience in Almere, to build experimental tiny houses. The number of single-person houses is climbing strongly in the Netherlands, and this becomes a very real question to solve. On the same site as the Pionierswoning are 5 or 6 other tiny houses made for one person, all of them with different approaches and solutions, definitely a very interesting place to visit if you are in the area (it's only a 15 minutes train ride from Amsterdam).

The Pionierswoning itself is definitely a very interesting achievement. Contrarily to our WikiLab, where we tried to be didactical and keep the wooden construction as apparent as possible, the aim of the Pionierswoning was opposite, they try to show that it could make a house like any other. As a result, you don't see the WikiHouse structure anymore. Most solutions that they adopted as finishings, both inside and outside, follow the same direction. It is amazing to see two projects built basically on the same structure, give such different results.

And I must say, the finishings they did are gorgeous. While on the WikiLab we had principally to deal with very short money (the whole construction cost no more than 15000 EUR / 20000 USD), which led to drastically simple solutions, they made a point to demonstrate the validity of the WikiHouse technology for "day-to-day" construction.

The other interesting thing is that both them and us came to the same conclusions afterwards: If the built result is not particularily impressive, in either cases, it is the process that is potentially revolutionary. The fact that it is possible for non professional people to build their own house, without any super-human skills or equipment. 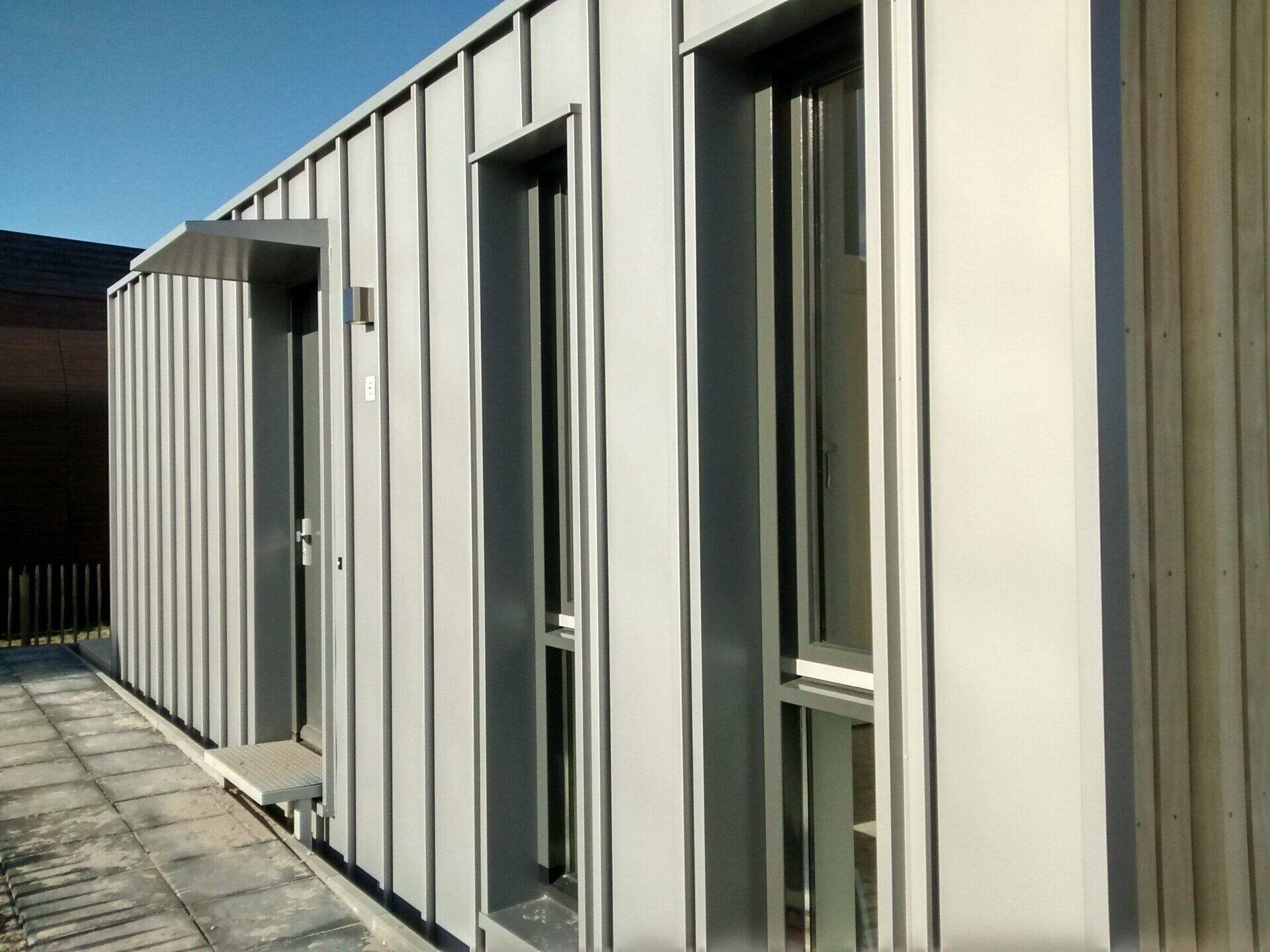 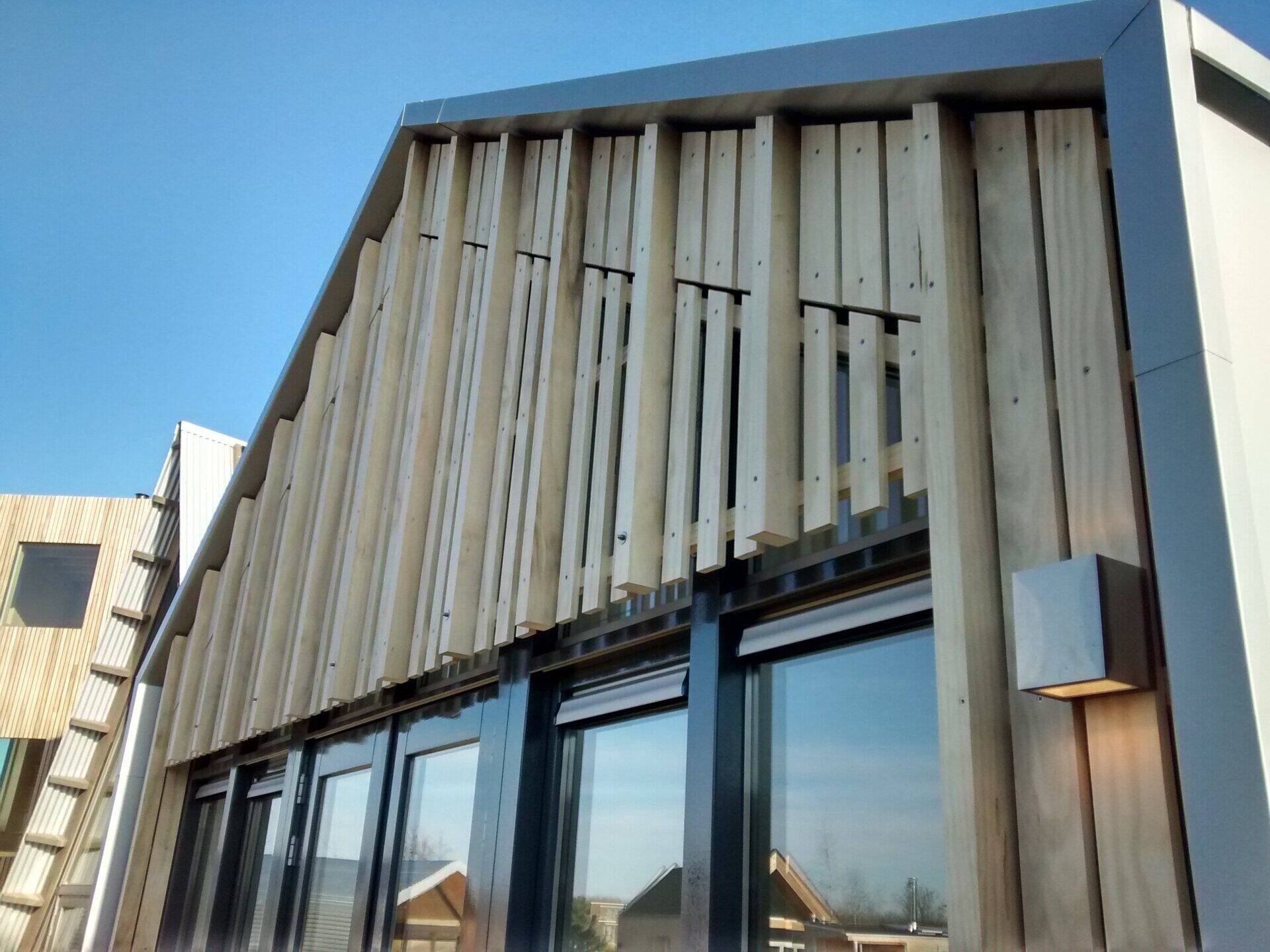 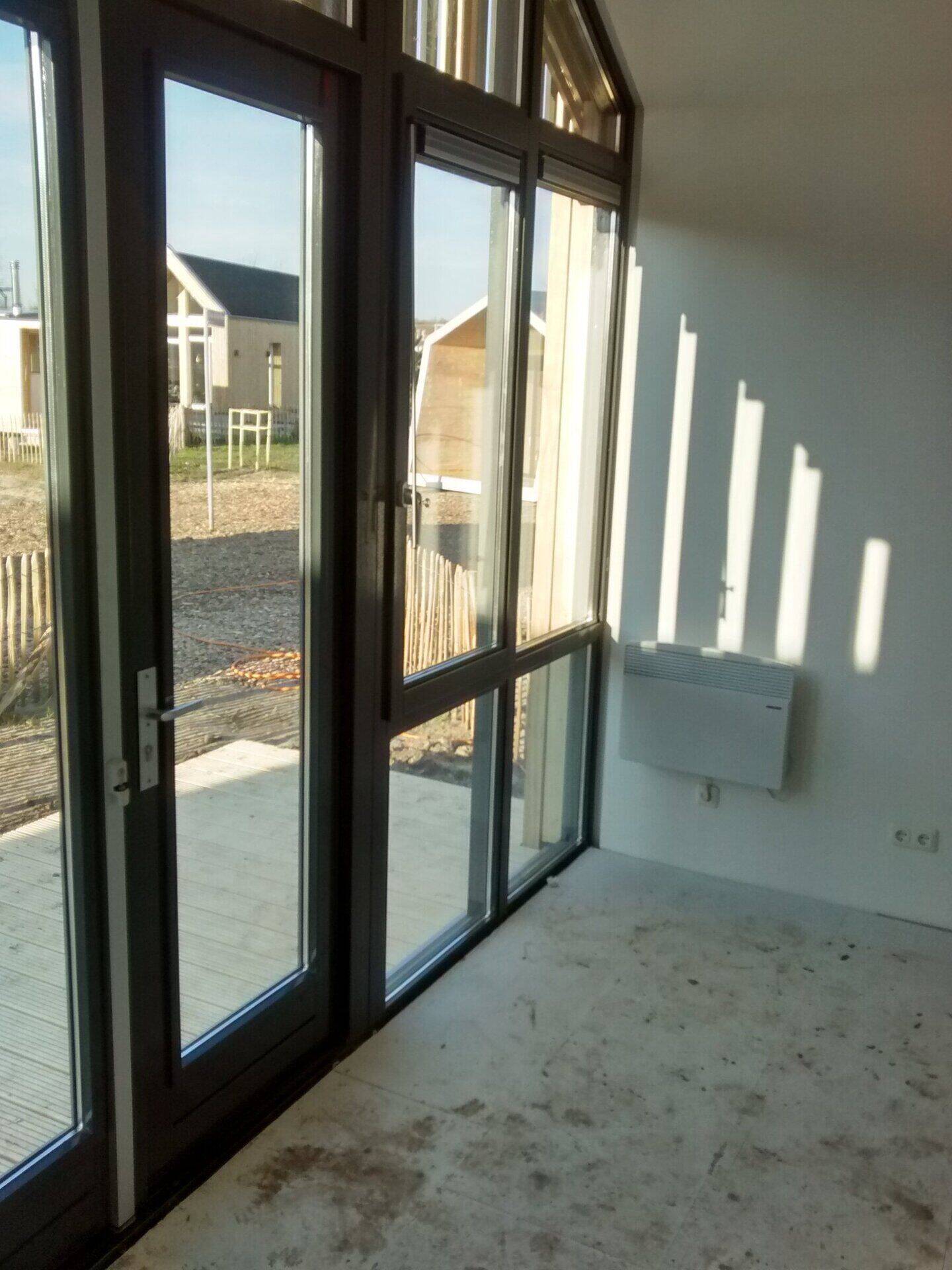 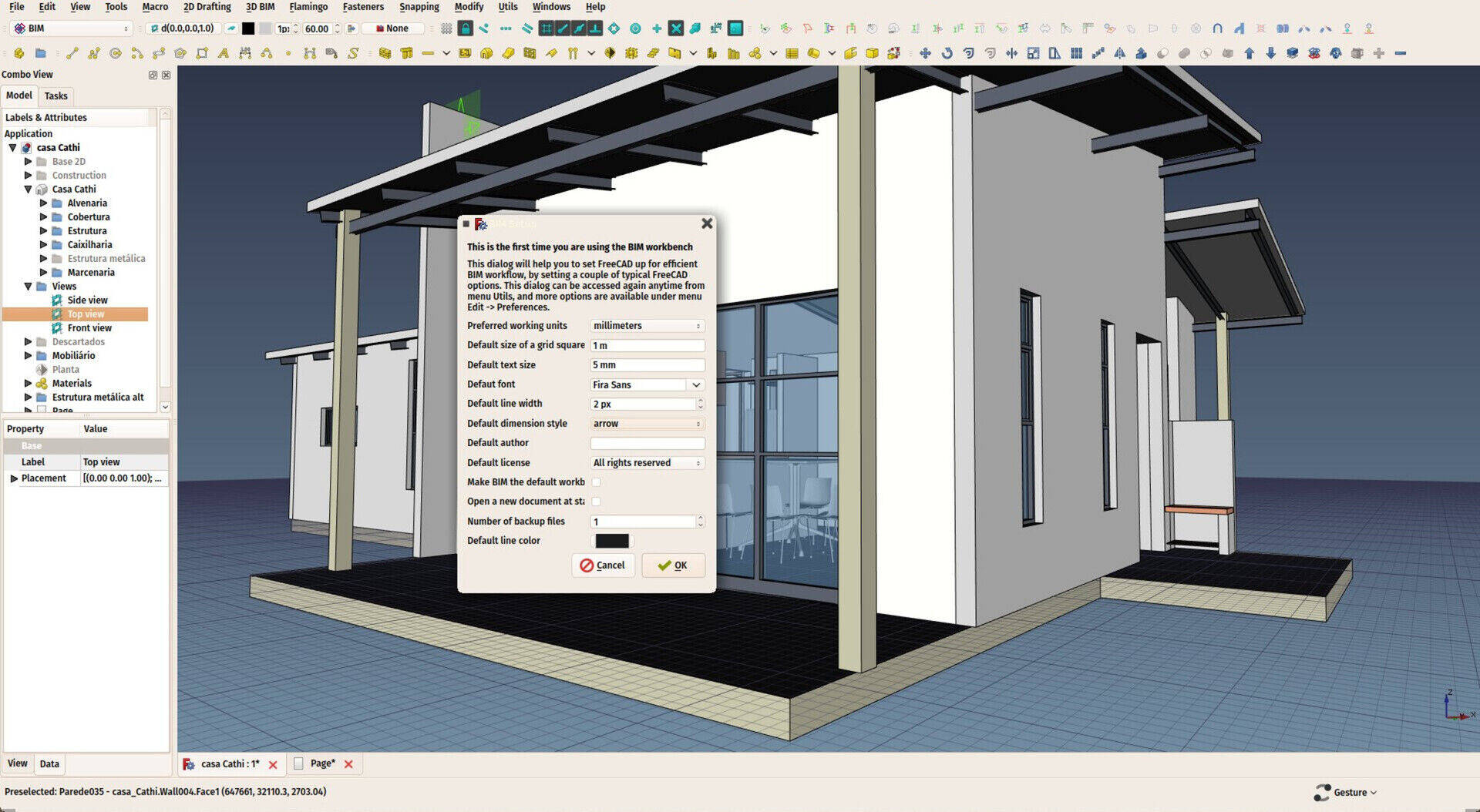 This is an experiment I am currently working on, and that you can already test. It is basicalyl an effort to re-think the whole organization of BIM tools and workflow in FreeCAD, with the aim of making it easier to learn and use. The basic idea is not to modify any of the existing tools of FreeCAD, just gather them in a more intuitive way, and provide a couple of useful macros to glue it all.

If using FreeCAD 0.17, you can test it immediately by installing it from menu Tools->Addon Manager. Or manually from here

So this workbench is, at the moment, a collection of tools from several workbenches: Draft, Arch, Part, Flamingo and Fasteners. There will be more later on. On top of that, a simple "setup" screen that will set all the most common FreeCAD settings used for BIM, and later on a couple of interesting macros from the Macros repository.

As I often say in these reports, building User Interfaces for BIM or CAD work is a very complicated task. Simple tools, like Sketchup or TinkerCAD have very good, simple and intuitive user interfaces. In FreeCAD, especially when dealing with BIM, we deal with much more complex situations. If we look around, other BIM apps also have very complex interfaces, and the learning curve is also steep. And when you look at, for example, BIM plugins for Sketchup, you also see that the complexity raises very quickly.

So there is no easy, straightforward answer to "solve" the steep learning curve of FreeCAD. But that doesn't mean nothing can be done either. But it needs some experimentation and step-by-step improvements. That is precisely what I want to achieve with this workbench: Find the good parts that run well, identify what doesn't work as smooth, and what can be done. It's all about details. The rest, the technical part, will stay in Arch.

I had this aim for the Arch workbench at first, to be the "all-in-one" BIM solution of FreeCAD. But the exponential growth of the addons being developed around FreeCAD, made me rethink that approach. The Arch tools, as said above, begin to be reasonably solid. They lack some polish, and better interface. That will be a main focus point for me this year. But it might be time to also think better in more global "BIM workflow". I have no clear idea of what that would be, that is the reason of existence of this new workbench.

Another motivation behind this is also to split things more between the "technical" part (the Arch Workbench), and the "interface" part (the BIM Workbench), and make the latter much more simple, so hopefully more people will be able to contribute to it, without having to merge much into the FreeCAD source code.

So, please use it, test it, be aware that it willbe an experimental test bed so it might change often, and share with me any thought you might have (that is reasonably doable, please!) to make the BIM workflow better, and the learning curve smoother.