This document in other languages: Français • Português • Nederlands 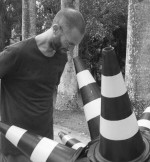 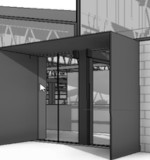 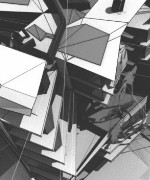 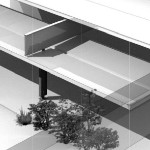 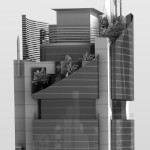 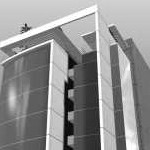 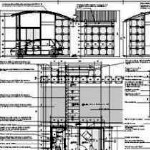 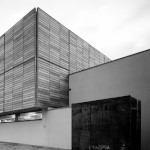 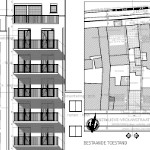 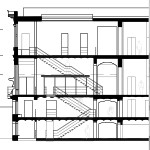 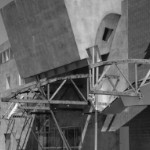 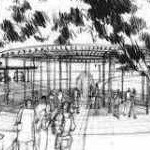 A project entry for a health facility in Brasília. The proposal focuses on an extremely simple schema under an integrated, extensively naturally ventilated and connected facility made to receive people.

A project for the new Belo Horizonte city offices. A massive monolithic block on top of a bus transit station, which dissolves into a dense array of tools aimed at the public on the lower levels.

A project entry for the OpenFort 400 competition in Amsterdam. The proposal investigates density, stacking, and infectious spots as ferment for innovative, emergent systems of urban design.

A building with about 30 loft apartments. Mainly a reflection over diffraction, opening, circulation space as a social and structural system and again a quest for some new life quality.

A footbridge over the Liverpool-Leeds canal. A tentative to intersect the dark industrial past and a kind of nostalgic feeling, along with a strong over-tensionated movement...

Project for the new offices of the city council of Moscow, Russia. The project constructs itself on a grid that grows in all directions, spreading out of its bath.

Project for a housing complex of 200 units and community services in Aomori, Japan. It deals with difference of scales in urban environment and heavy population density in compact area.

Running own business: Working independently since 2007 at first, then as a principal at uncreated.net, then also associate at OpeningDesign producing own projects and project development detailing, 3d imaging and documentation services for architects and planners.

Working on and developing social projects: Collaboration to development of a dispensary in Kalifabougou, Mali as architect-advisor in 2000. The project involved the participation of different NGOs, authorities and local population. Participating to different self-construction initiatives with NGOs in São Paulo, Brazil in 2016. Conception and production of the WikiLab project in São Bernardo, Brazil, in 2017.

Sculpture course at Stedelijke academie voor Schone Kunsten in Brugge between 1996 and 1997 in Brugge, Belgium

Architecture course at Institut Supérieur d'Architecture St-Luc in Brussels (today part of UCLouvain), including a final project about urban intervention with social housing in Charleroi, Belgium, and a final thesis awarded with distinction degree: "From church to neighbourhood: Connections between suburbs and their significant buildings", between 1990 and 1995 in Brussels, Belgium. Diploma of Architecture obtained with distinction degree in 1995