So, let's continue to post more often about FreeCAD. I'm beginning to organize a bit better, gathering screenshots and ideas during the week, so I'll try to keep this going. This week has seen many improvements, specially because we've been doing intense FreeCAD work with OpeningDesign. Like everytime you make intense use of FreeCAD or any other app, you spot a lot of smaller bugs and repetitive annoyances. But a look a the commits log will inform you that many of those have already been fixed on the way. 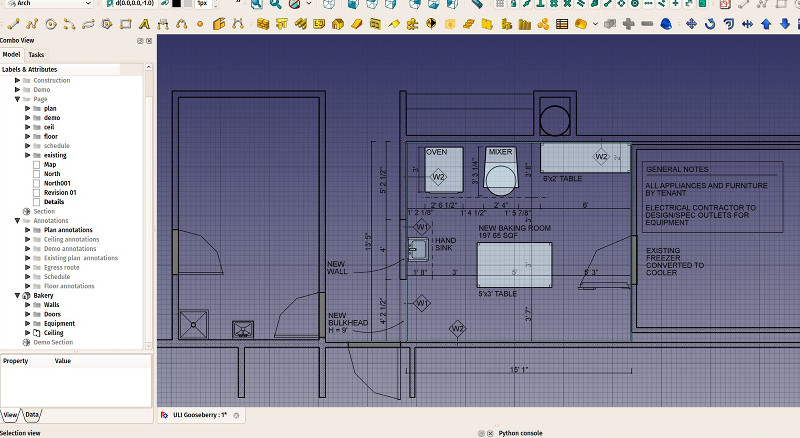 The above image shows one of these jobs, more about it below

Generally speaking, working with FreeCAD is becoming very stable. Drafting and modelling is very straightforward already, and the workflow even begins to become fast. The biggest bottleneck I encountered during this week is using the Drawing workbench to build 2D sheets of the model. This is mostly due to the limitations of Qt's SVG engine, which doesn't support the full SVG specification, and many features like clipping, multiline texts or hatches are not supported by the Drawing viewer. When exporting your final Drawing sheet to SVG, however, and opening it in a better SVG-supporting application such as Inkscape, Firefox or Chrome, the result is very good. But it is annoying to have to work in the Drawing module without seeing the actual result (that's actually the main reason why there is a "preview in browser" button in Drawing).

But, bearing with these difficulties, it is already totally possible to produce this kind of result: 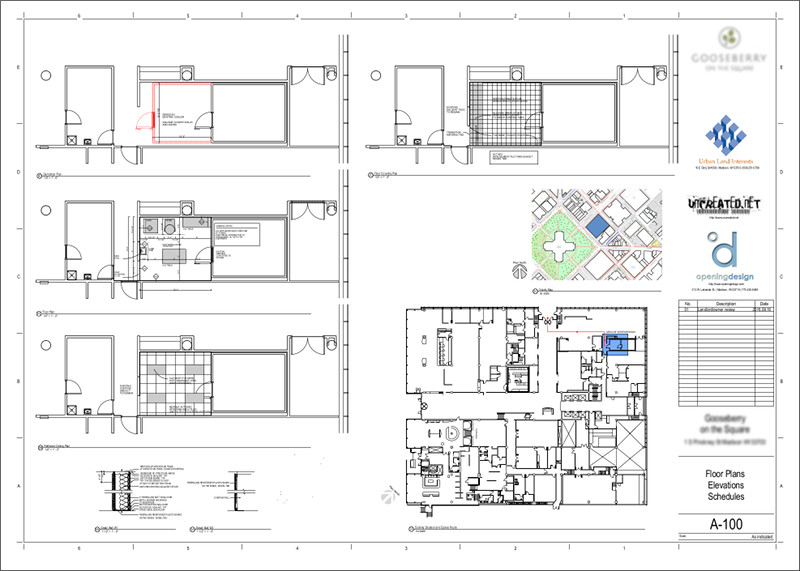 This is about to change, however, with the new TechDraw workbench that is currently already available in development versions of FreeCAD (refer to previous posts to obtain one). TechDraw is not based directly on SVG anymore, but on the more generic graphics engine of Qt. The final SVG sheet that it produces is built from it, at the moment you export, but what you see while you are working is not the SVG data itself anymore. This might seem more complex (it is, actually), but opens up a huge array of possibilities. Most of the limitations above don't exist anymore in TechDraw.

I'll describe a bit more of the workflow used in the jobs illustrated in this post. Almost everything was done directly in FreeCAD. The only pieces done outside were the cleaning of the existing floor plan, that we got in DWG form, in DraftSight, and the preparing of the Drawing template, and a couple of SVG objects to be placed directly on it, in Inkscape. All the rest is pure FreeCAD.

The basic workflow was this: 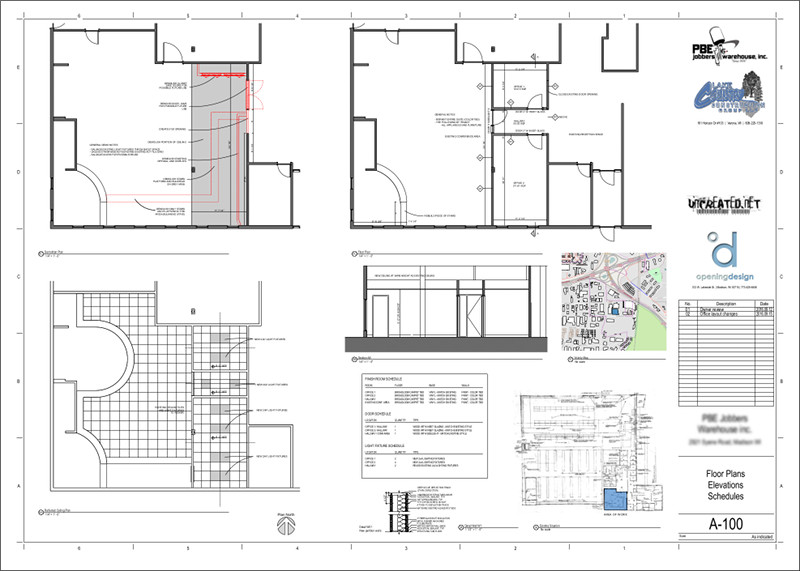 Interesting detail, the small city map in the images above, is taken directly from OpenStreetMap. There you have a "share" button that exports to SVG. You can then open that in Inkscape, rework it a bit if you like (change some colors and linetypes, etc), save it and place it directly on your Drawing sheet.

Of course this workflow above is somewhat distant than what you are used to with commercial BIM applications. But things are improving, and also this is not necessarily something negative. It also gives you a lot more freedom, and the mix of 2D and 3D that FreeCAD offers, that you had in the old times of AutoCAD or in apps like Rhino is something I find much valuable.

Don't forget that almost all the work of OpeningDesign is open, so all the files from the examples above are available online.

Finally, a word about two features I added this week, one is a new display mode for walls, which shows them in wireframe, but with the bottom face hatched, which makes it very nice to work in plan view 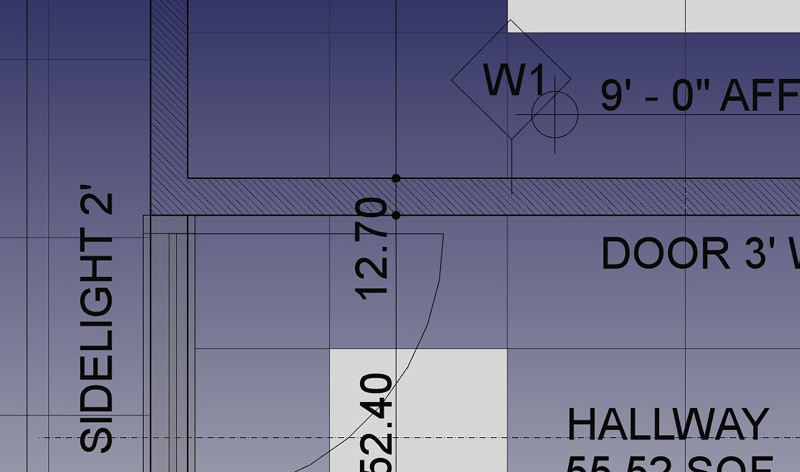 Right now it's still in testing, to see how useful it is and how well it behaves, but if it works well it should be extended to support different patterns (taken from the material, for example), and to extend this to structural objects too.

And finally, another feature is a new addition to the structural precast concrete presets, a stairs element: 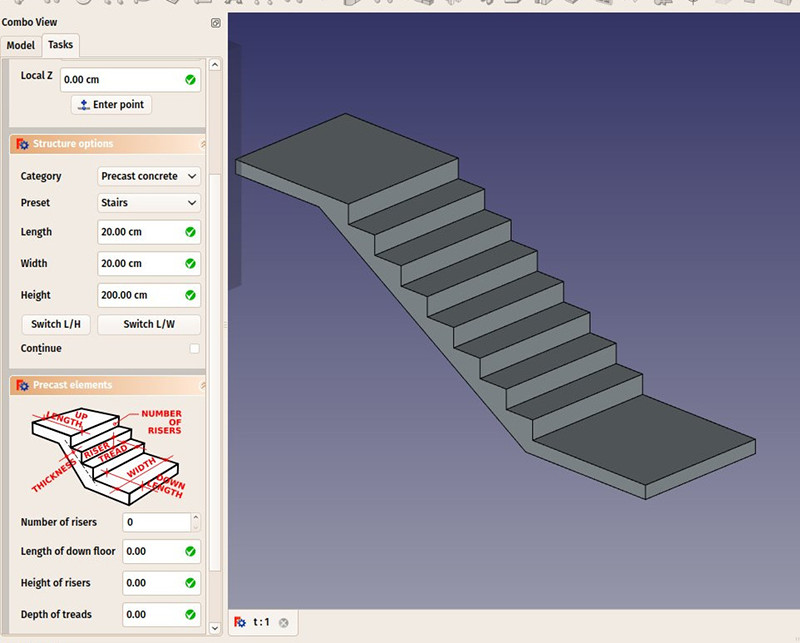