I decided to write this article to show a couple of games I like, that are free and run on linux. I am not trying to do a "10 best linux games" article (Try searching for "best linux games" on google, you'll find many cool things), but rather to illustrate a couple of games that I like much, that are free and run on linux. The linux gaming scenery is evolving quite well now, aside the traditional open-source games, more and more commercial games are beginning to support the linux platform. But nothing like those good old free ones that are always around...

1. Flightgear: A realistic flight simulator, for a zen & relaxing time 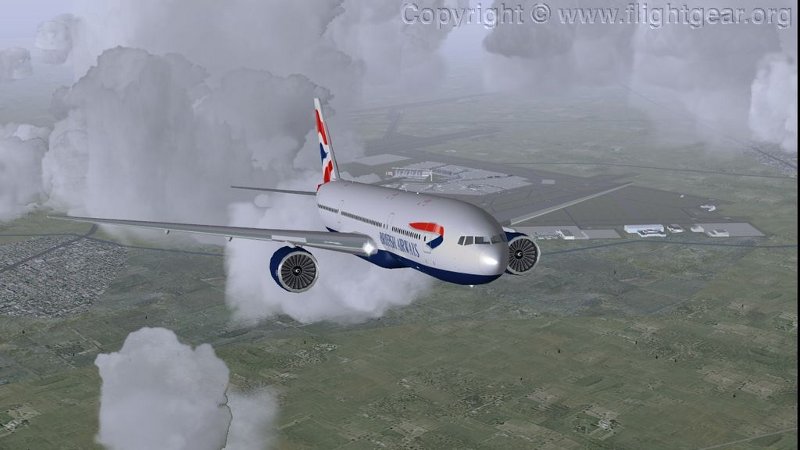 FlightGear is today a gorgeous flight simulator. It exists since a long time already, and always had amazing features like an excellent flight model, many fan-made airplane and the whole world available to fly over. Recently they made a total conversion of the graphics system and, even if the sceneries still don't match more famous professional games, the realism is now quite high. There is also a meteorologic system that takes real-time info from the net, multiplayer connection, a mapping utility, etc. Only for flight sims passionates probably, but I like it much. 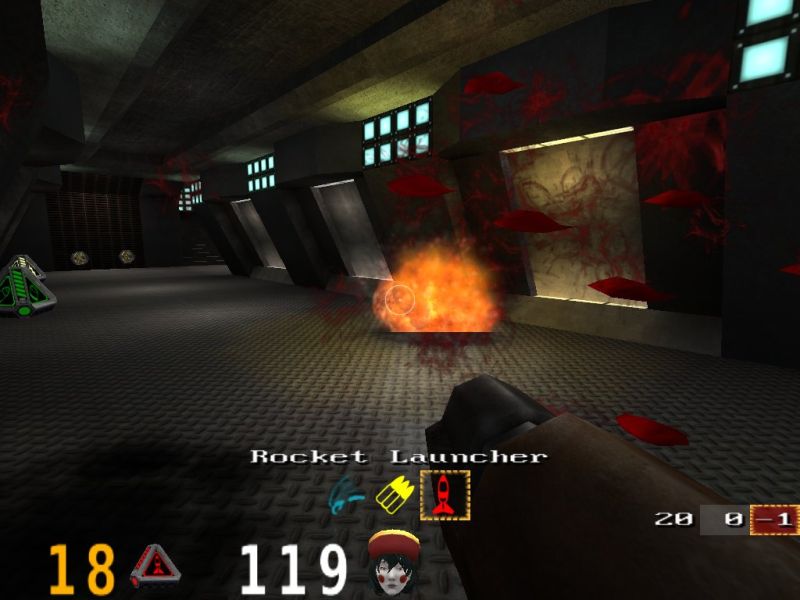 OpenArena is a first-person shooter, similar to Quake. Actually it is built upon an earlier version of the Quake 3 engine, thanks to the cool attitude of the Quake developers who release older versions of their engine for free. Thanks to that, OpenArena can use the wide amout of Quake 3 maps. OpenArena is a simple, intense, multiplayer adrenaline-pushing game. It is best played on the internet, against other humans, but you can also play alone against bots. Although graphically pretty simple compared to commercial games, it is one of the most widespread 1st-person shooters on linux, so you always find intense battles on the net to merge into. 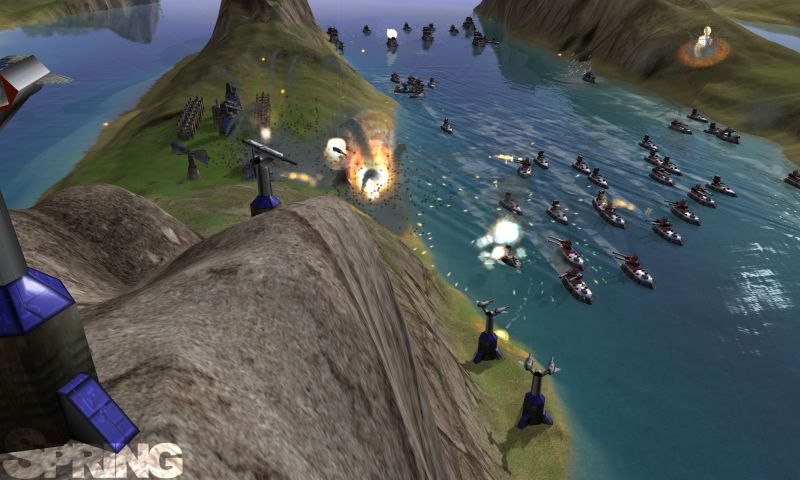 Total Annihilation Spring started as a project to reuse the assets of the famous comercial game Total Annihilation, but in a modern 3D environment. Since then, it has now evolved into something much bigger, a complete Real Time Strategy engine. You can plug in it the original TA game assets, but also many other games, mods, maps, availables on the net. It is a modern, graphically rich, multiplayer RTS game. You can play on the internet, in a local network or alone against bots. The installation is a bit hard, but once you succeed you get your reward...

Website: http://springrts.com/ In-game video: http://www.youtube.com/watch?v=H1K6Y9fYY94 How to install: Follow this guide. Additional downloads: Once Spring is installed, you need to add games and maps. 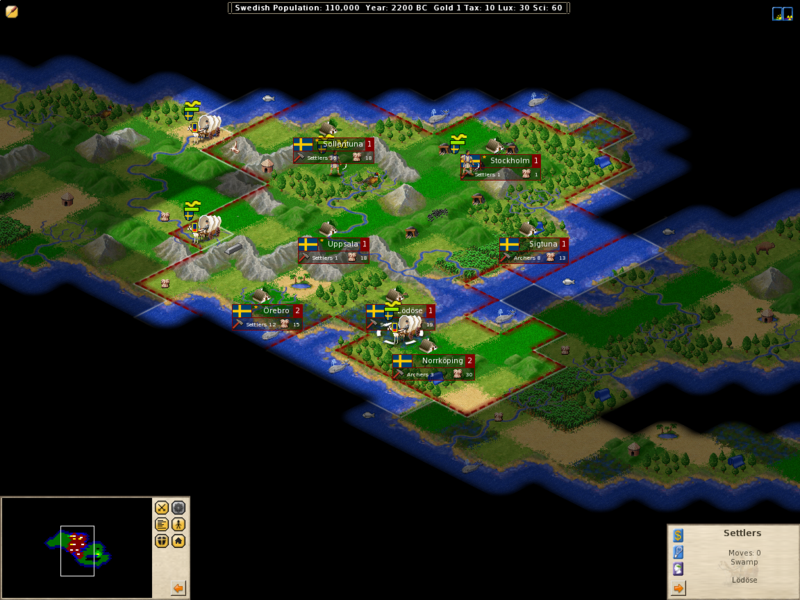 Everyone knows the famous Civilization, right? I'm surely not the only one to pretend it was the best computer game ever made until today. You must grow your civilization militarily, scientifically, politically and commercially, so you crush the other civilizations and take the control of the world, simple as that. This is a free (and somewhat "bettered") version that allows multiplayer games, several game types, etc... 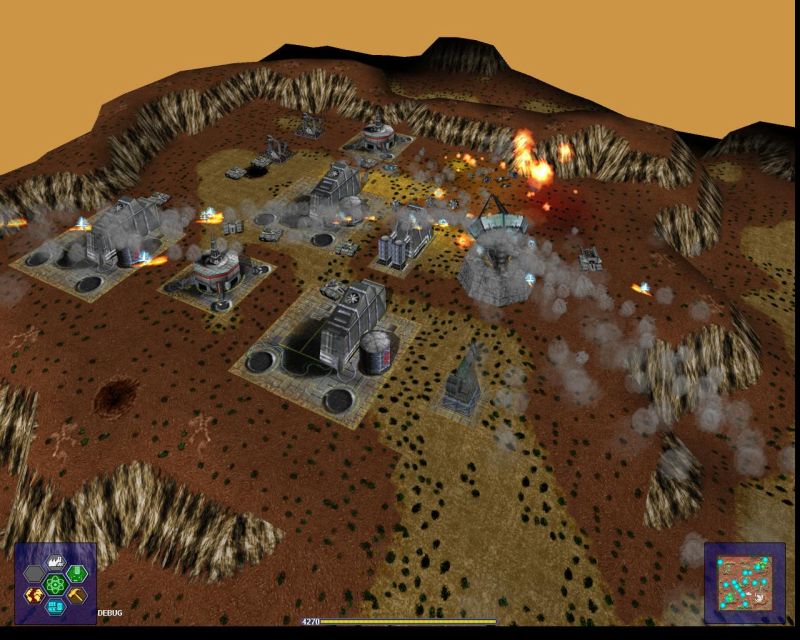 Whoever already played Warzone 2100 will never forget the thunder of the howitzer gun on the plains. This is quite an old game, with simple graphics compared to today games, but few real-time strategy games have been able to render the battlefield with so much intensity. It is a typical RTS, harvest for resources, build your base, research new weapons, build units and crush the enemy, but it is one of the best. Warzone 2100 was once a commercial game, but has some time ago been released under a GPL license, and is now maintained by volunteers. 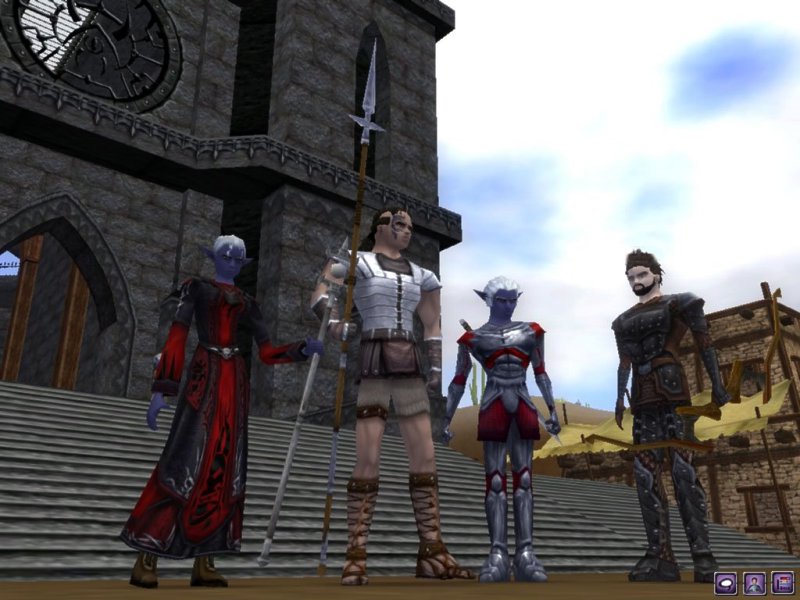 Regnum online is there since some time already but has been steadily improved over time and has now quite impressive graphics. It is a classical Massive Multiplayer Online Role-playing Game like World of Warcraft or Archlord. You begin alone, but quickly you need to team up with other players to achieve quests, you begin to form small militias with those people who become your friends, and eventually you enter wars against other player groups... If you never played a MMORPG, have definitely a try. The game is totally free, and they send goodies (special weapons, etc) on the website too, but that are absolutely not necessary.

Website: http://www.regnumonline.com.ar/ In-game video: http://www.youtube.com/watch?v=6Rl8SDv4ABw How to install: They have their own installer here. You must create an user on the website too.

7. Privateer: "Die by the fielthy weapon you adore!" 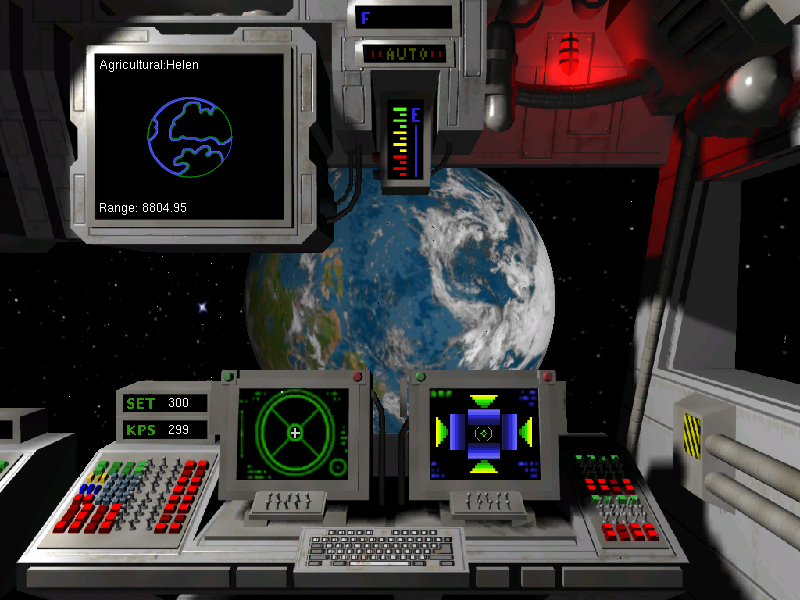 Privateer is an old space fighter game based on the Wing Commander serie. Differently to Wing Commander, where you were a military space fighter pilot in a war, in Privateer you are a free-lancer pilot, taking missions from spaceport to spaceports. You do the missions for money, which you spend in arming and upgrading your spaceship. This version is an excellent remake of the original game.

Website: http://privateer.sourceforge.net/ In-game video: http://www.youtube.com/watch?v=88TPOvBwo3Q How to install: They have their own installer here Try also: Vega Strike

8. Beneath a Steel Sky: Where are the adventure games gone today? 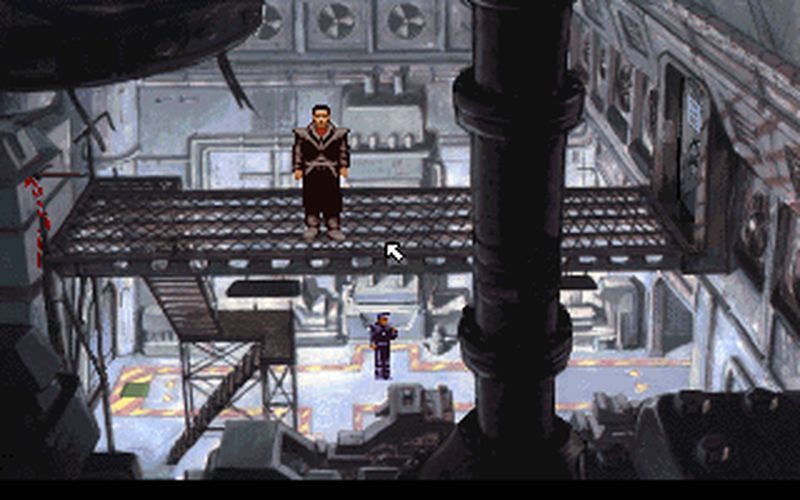 I don't know about you, but I'm too sad the times of the good old adventure games, where you had good laughs trying to solve absurd problems in cool 2D landscape are gone... I spent hours on that type of games. Fortunately there is an open-source engine called SCUMM that is able to play several of those games. Beneath a steel sky was one I had never finished at that time, and, besides the old-time low-res graphics, I enjoyed much in retaking.

Website: None In-game video: http://www.youtube.com/watch?v=pm7V-VrlJuo How to install: Directly from the Debian/Ubuntu software repository. Try also: The Flight of the Amazon Queen, Day of the Tentacle

9. Shadow of the Comet: Abandonware! 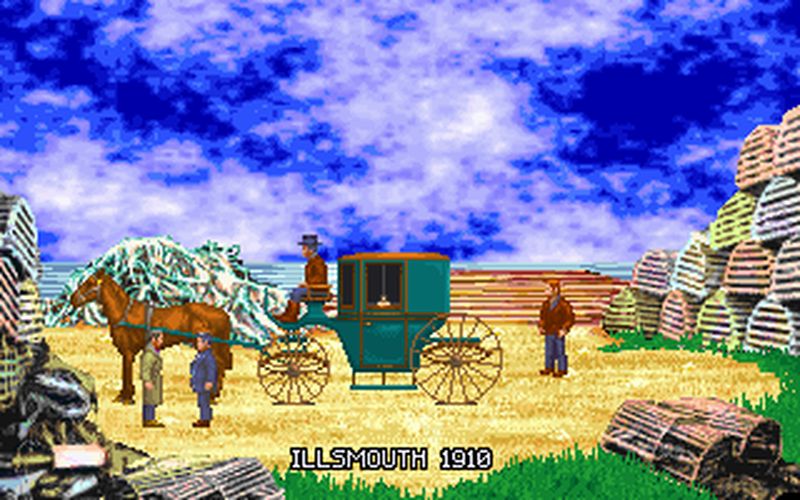 Abandonware designates those old, I mean VERY old games, that are not technically free, but that have been abandoned by the publisher, so nobody cares anymore if you download and play the game. There are thousands of those someties excellent games on sites like Abandonia or Abandonwareme. Usually they were not made directly for linux or any other modern OS, so you must run them inside an emulator such as dosbox. Don't expect good graphics, but expect good games. Shadow of the Comet is a slow-paced, creepy lovercraft-style adventure I liked a lot.

Website: None In-game video: http://www.viddler.com/explore/coulis/videos/2/. How to install: Install dosbox first, then download the game from any abandonware site, unzip it and run its executable file like this from the terminal: dosbox /path-to/GAME.EXE Try also: Eye of the Beholder, Dune 1, Flashback, Wing Commander, Pirates! 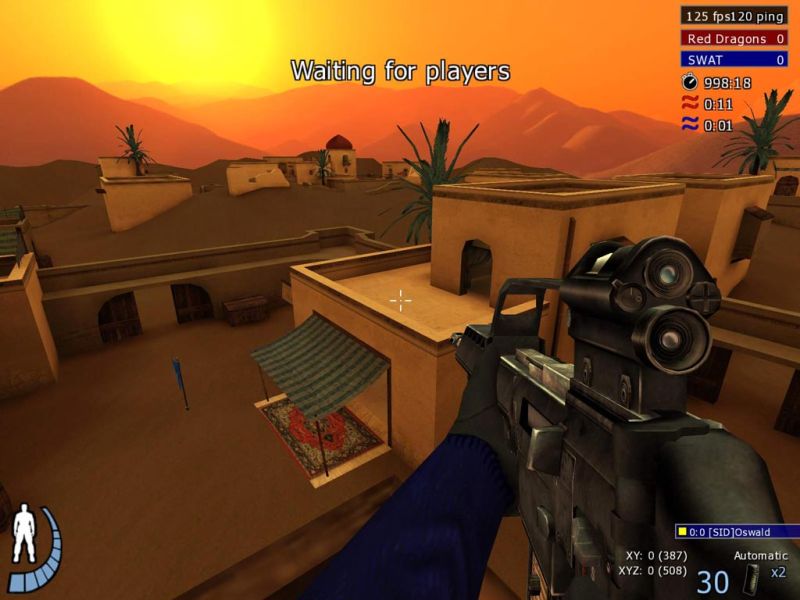 This is a first-person shooter, similar to OpenArena, but made only for 2-teams (SWAT vs terrorists) game. You cannot play alone, you need to enter an internet game or create your own with friends. It is based on the Quake3 engine, and is really as good as the original counter-strike game.

Website: http://www.urbanterror.net/ In-game video: http://www.youtube.com/watch?v=zjowhAU3mg4 How to install: They have their own installer here

More and more, games on linux are becoming decent. An excellent place to keep in your bookmarks (or add to your repositories!) is playdeb or the ubuntu gamers arena.