About Clevo, Avell, Debian and Cycles 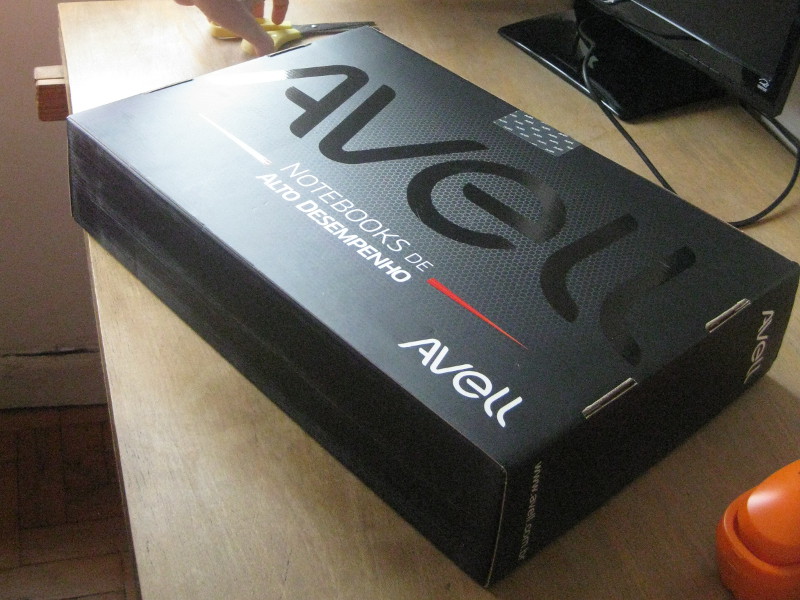 I got myself this new toy: An Avell G1511 notebook. It is a very good machine, with a recent generation I7 CPU, an Nvidia GTX660m GPU with a 1920x1080 display, and an hybrid HDD+SSD hard drive, which boots debian in less than 7 seconds from grub to fully loaded desktop.

This notebook is what is called a "barebook", or "whitebook", or "barebone notebook". It is actually a Clevo W350, which sells with only the shell, the motherboard and the GPU. The guys at Avell add the other components (Avell only sells in Brazil, but there are similar brands in the USA and in Europe, like Sager or Schenker, more here ). As a result, it is very configurable, and you can choose between many types of CPUs and hard disks. You can even choose the color of the shell... And a very remarkable detail, all Avell notebooks have a 3-year warranty.

There is quite some time I wanted to put my hands on such a barebook, and it is really a very good machine. First advantage is the very low price, a notebook with the same setup costs about the double if it comes from Dell/Alienware or Asus, and triple if it is a Mac... Basically you can get yourself a pretty powerful machine at the cost of a very mid-range one. The I7 + GTX660 allows you to run any recent game, and the 2 games I installed until now (Oil Rush and Serious Sam 3) both run with all settings at maximum in 1920x1080...

I also discovered that between all notebook vendors, only Asus makes its own shells. All others (Dell, HP, Sony, etc...) also buy their shells from a third-party manufacturer. So not only there is no difference with Avell/Clevo, but also Clevo is a very well-known one, and really the W350 shell is excellent: It is solid and the thermal design is very good. The ventilator can spin quite hard when doing CPU-intensive jobs, but doesn't even need to run when gaming in high-resolution... And the design is actually far from ugly, differently from what I expected... 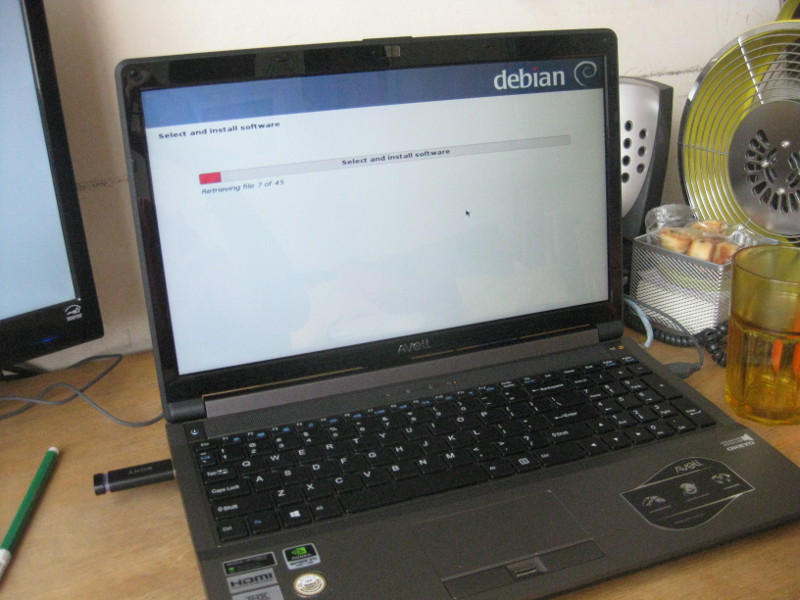 Since this notebook comes without operating system, I started by installing my favourite operating system, debian (testing release). I made a coupe of technical questions to Avell before buying and the guys were very professional, they dug all the answers I needed, etc. Even so, I wasn't sure some smaller parts would work out-of-the-box. Good news, 100% of the hardware is supported. Not totally out-of-the-box, though, but everything was very easy to solve. Basically I had to do this:

After that, everything runs perfectly. I like to use debian testing because you can install it bit by bit, starting from a very bare minimal installation, and add pieces as you need them. Definitely debian is not a distribution for you if you don't like to configure your own stuff. Only to make a bootable USB stick you need to read several instructions pages... But on the other hand, you end up with a blind-fast system, where you know every piece and every process.

After the system was up, one of the most important things I wanted to test is Blender's GPU-enabled renderer, cycles. I compile blender myself (I can't wait to get the new features), and fortunately, at this date, all the dependencies you need are in the debian repositories (except opencolorio and opencollada, but they are both optional). You must just be very careful to get all the Nvidia stuff (nvidia driver, cuda libs and cuda toolkit) with the same, matching version numbers (in my case they come all from the debian experimental repo, driver 313.18 and cuda 5.0), otherwise Blender won't detect your card. And you don't even need bumblebee to run cycles!

Much has been said (specially by our friend Ivan ) about Nvidia 600-based GPUs and their poor performance in cycles (namingly, even being more recent, they behave much worse than 500 series). This proves out to be quite true unfortunately, the Mike Pan's BMW benchmark renders in 3'06" (against 3'20" when rendering with the CPU), and on the benchmark page you see older GPUs rendering the same scene in about 1 minute.

But there are several other considerations to take into account: The Nvidia 600 series (also called Kepler) is pretty new, so cycles might still not use them with full potential (cycles is still in heavy development), and benchmarking sites usually place the 600 series quite above the 500 series, so they perform better in other areas (gaming especially). This is also because they use a much faster memory than the 500 ones. And my notebook is not meant to become a cycles rendering node, we always use render farms for heavy work. And, as Saint Mango teaches us, life is meant to do hard work and play good videogames in equal parts...