This was long, long overdue, but the cross section script I and a couple of others wrote for blender 2.49 has finally been ported to 2.6x, thanks to the efforts of @Ejnaren who did most of the job. 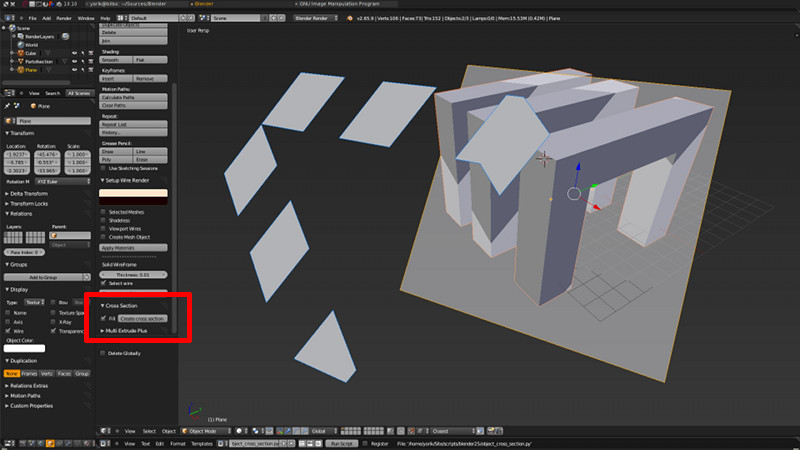 The script works basically the same way as the 2.49 version, you select objects to cut, then (as the last object of the selection) a planar object (it must contain only one face) that defines your cut plane, and press the button. The controls - once the addon is installed - are in the tool shelf, and there is an option to fill closed paths with faces, like in the example above.

The addon is currently available via the blender project tracker or directly from here.