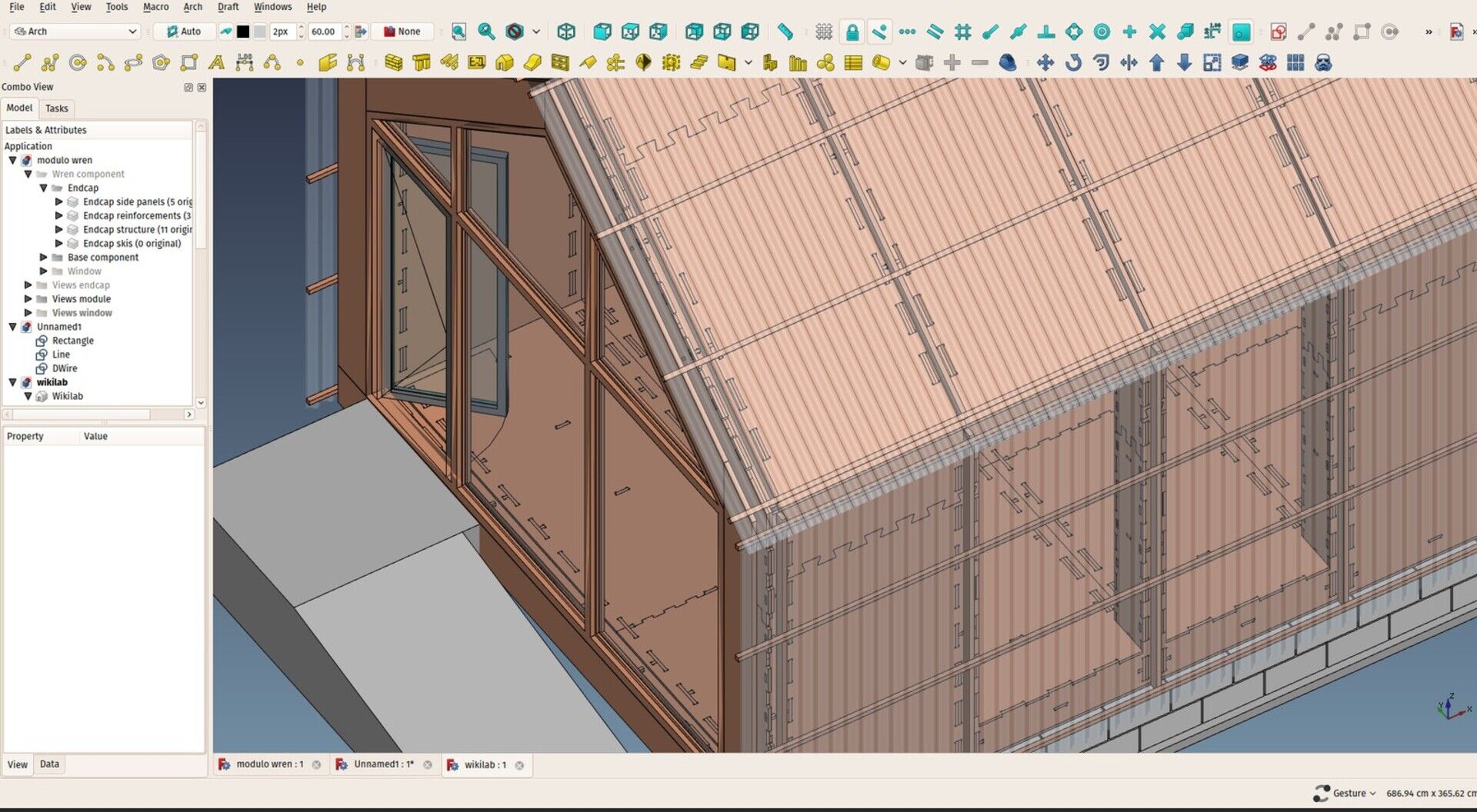 This is a short report of what I've been doing this month regarding the development of the Arch Workbench of FreeCAD.

At the beginning of this year I was complaining that the economical crisis in Brazil was making things hard here, and guess what, now we have so much work coming in that it got hard to find time for FreeCAD! This is something normal when you are working free-lance, it is always a roller coaster, but now thanks to my Patreon campaign there is a growing piece of stability in the balance, I need to find better ways to equalize everything. But it is really thrilling.

Also since a couple of months I got a major contribution from AlephObjects, the makers of the famous Lulzbot 3D printers. They are sponsoring not only me but a wide selection of people and open-source projects related to 3D and 3D printing (they are a major contributor to Blender). These guys are carrying on their shoulders a pretty big part of the open-source 3D world!

It would really be great to see more companies involved in supporting open-source projects development. For a company, supporting a project or a developer is a rather small investment, and is a much, much cheaper and interesting way to spend money than paying expensive monthly licenses to a software company just to be able to use their software.

By supporting the development of an open-source project, even with a small amount of money, a company would probably already have a big say in the development and be able to obtain features they need way faster than waiting for a software company to decide to implement them. Also, unlike when you are renting a software license, development and formation go hand in hand. Software companies might offer training programs, but it is always a short-term thing, while getting involved in an open-source project creates a much deeper, long-lasting and sustainable relationship between the company and the software, where training and learning and new features/versions is not just a service you buy once (and everybody who worked in a company knows that both these things wear off quite fast), but a permanent feature.

Okay that was my little minute of publicity, if you are a company, be as cool as AlephObjects, sponsor me!

Now back to real news. This month I have been working mostly on small things, bug fixing, and small user experience improvements throughout FreeCAD.

Several applications (AutoCAD-based apps, Sketchup) have this "hold" system where you hover the mouse over a point for a certain time, then the software "remembers" that point and offers you new snap locations for it. Call me crazy, but I always got a bit annoyed with the fact that you have to wait a second or so with your mouse stopped, in the middle of a fast operation like drawing a polyline.

So I thought, why not let the user insert those hold points manually, wherever and whenever (s)he wants? It is now implemented, and it works pretty well: Press Q anytime, while drawing, to add such a hold point. New snap locations will become available orthogonally to that point, and at their crossings if you have more than one. This is really fast, and can easily be extended further. 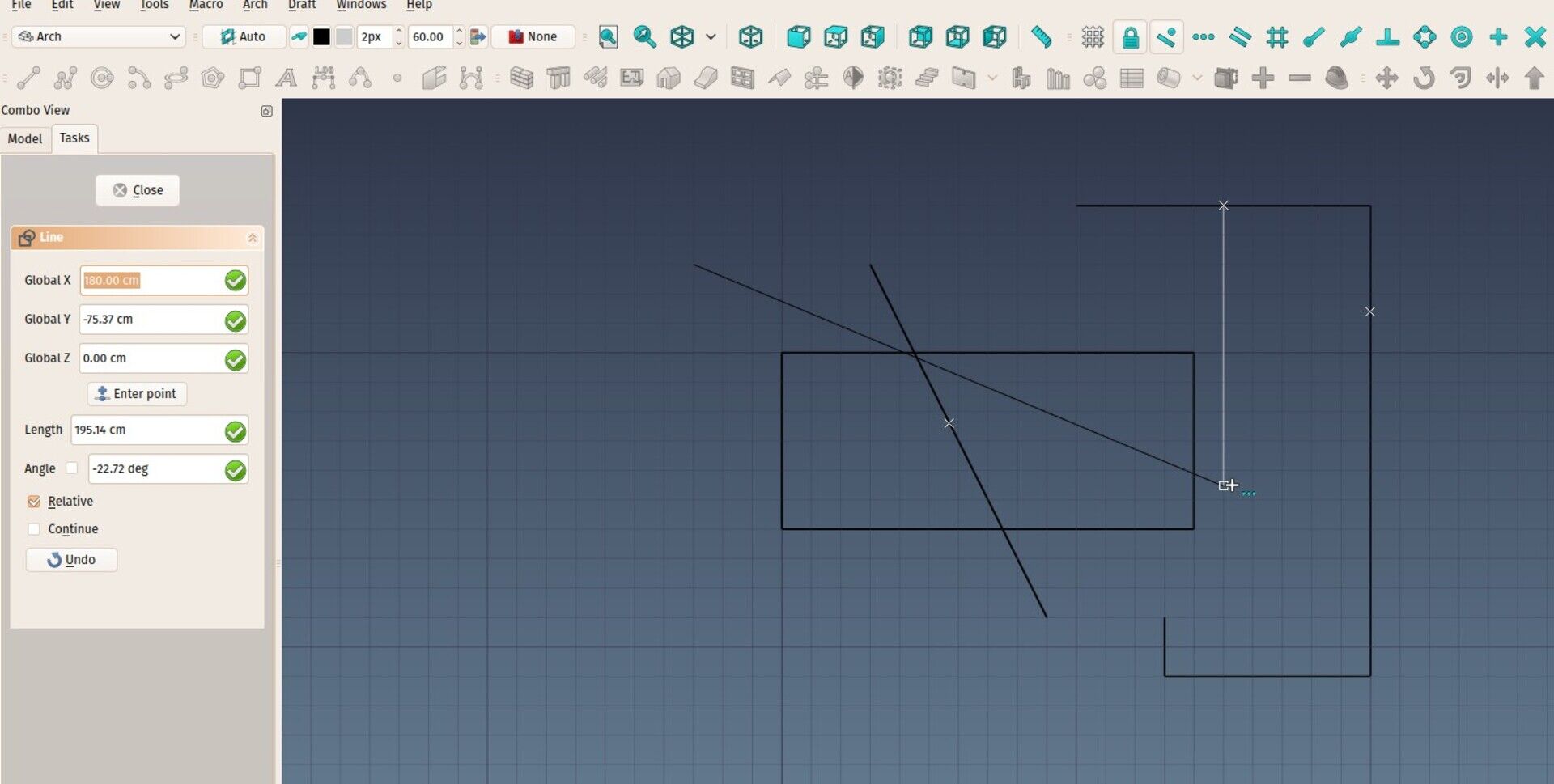 This was a long-time issue, but it's finally done. When importing DAE and OBJ files (using the Arch OBJ importer), object color and transparency will be correctly rendered in FreeCAD. 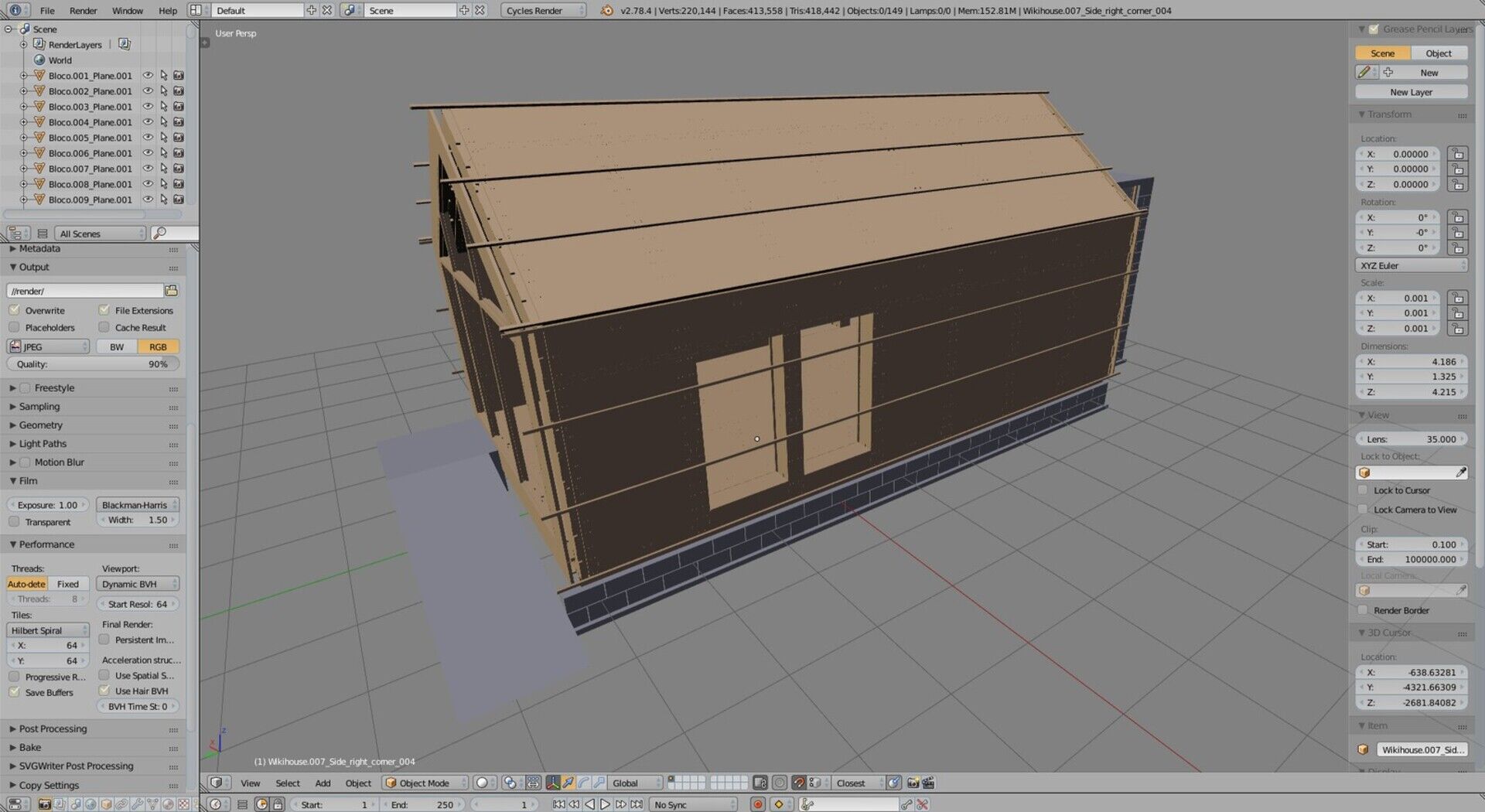 This makes exporting your architecture models to Blender for rendering much more comfortable, since all materials will be already there in Blender (same material/color in FreeCAD will create a same material entry in the OBJ or DAE file, and therefore in Blender).

@sliptonic recently released an impressive video showing how the Path module could use the Arch Panels objects. We worked further on this, and added a series of improvements that pave the road to be able to comfortably build a model such as a wikihouse in FreeCAD, and be able to create, fine-tune and export g-code directly from it.

Small things have been fixed such as bugs in the DXF importer, small improvements to the object link dialog, the ability to define which wire of a window will cut the hole in its host wall, and bugs in the scaling of TechDraw views.

A couple of Arch utility tools, as well as the new Sketchfab exporter, have also been moved out of the FreeCAD source code, and are now in a new, separate WebTools. This will allow to bundle in that workbench a series of additional python modules related to web operations, that would be annoying to bundle in FreeCAD itself. This will make it much easier to install, and thanks to the new built-in Addons manager in FreeCAD, installing external workbenches has now become a piece of cake. 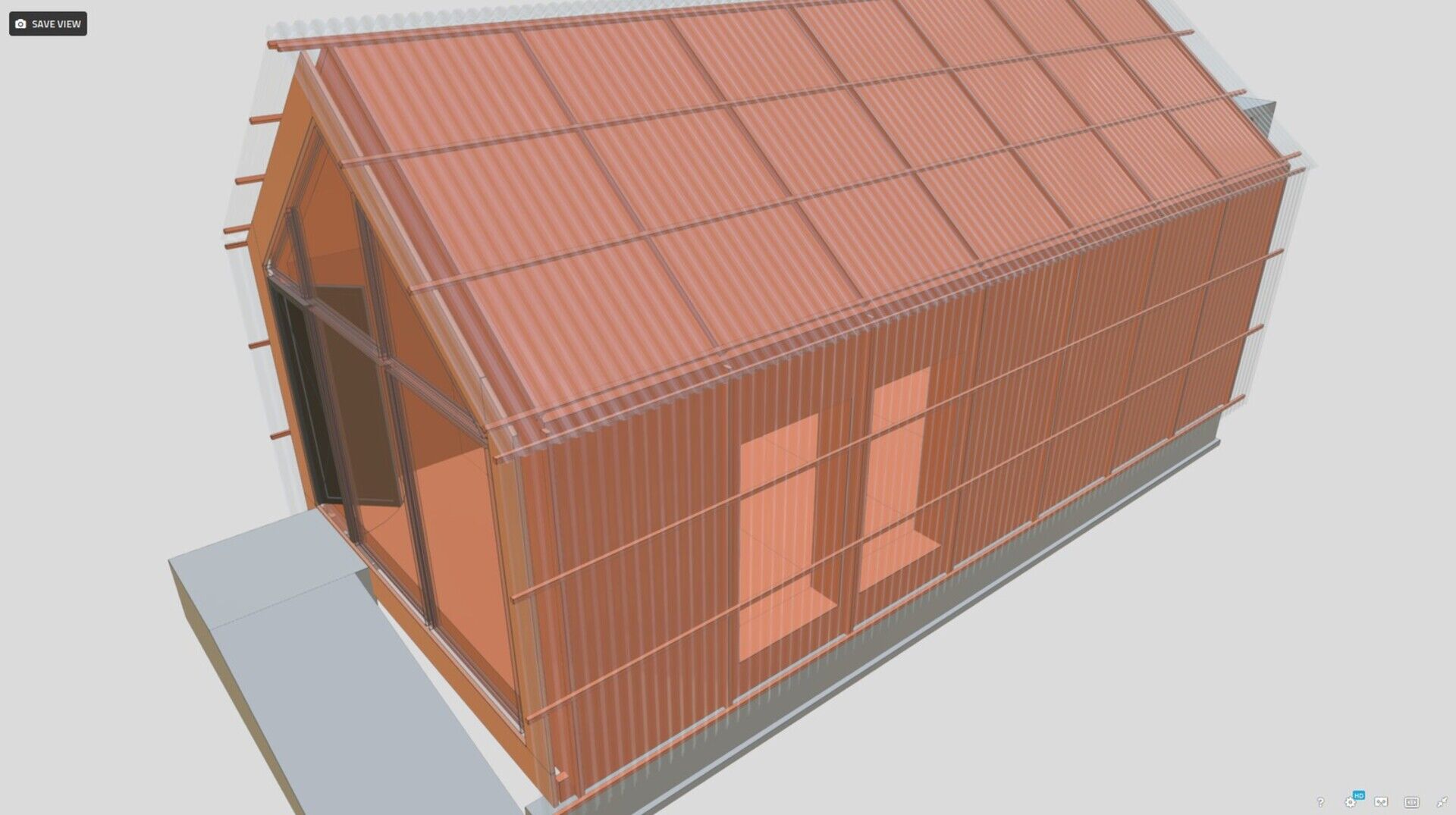 I also developed a new addon workbench to use CAD Exchanger to add support to several new file formats such as Rhino's .3DM or ACIS .SAT (which allows you to export Revit families to FreeCAD!). CAD Exchanger is a paid application, but I believe there could be a good synergy there, especially if they support more commercial file formats (also dreaming of decent 3D DWG support? Lobby them!), that are beyond the reach of an open-source project. And paying for a plugin to add commercial formats support to our favorite open-source app is something I would have no problem with, certainly I'm not the only one. Let's hope this synergy will flourish. 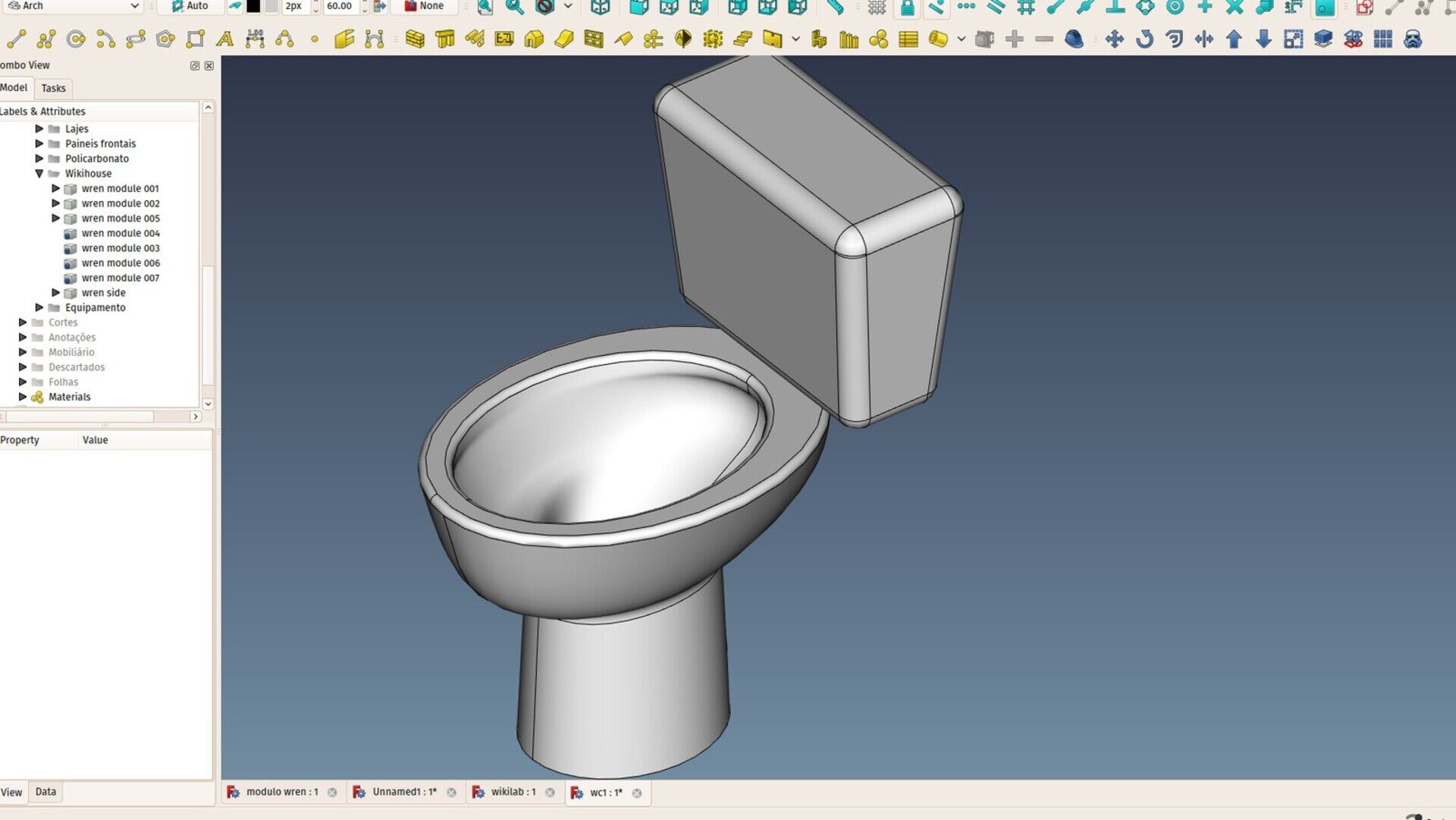 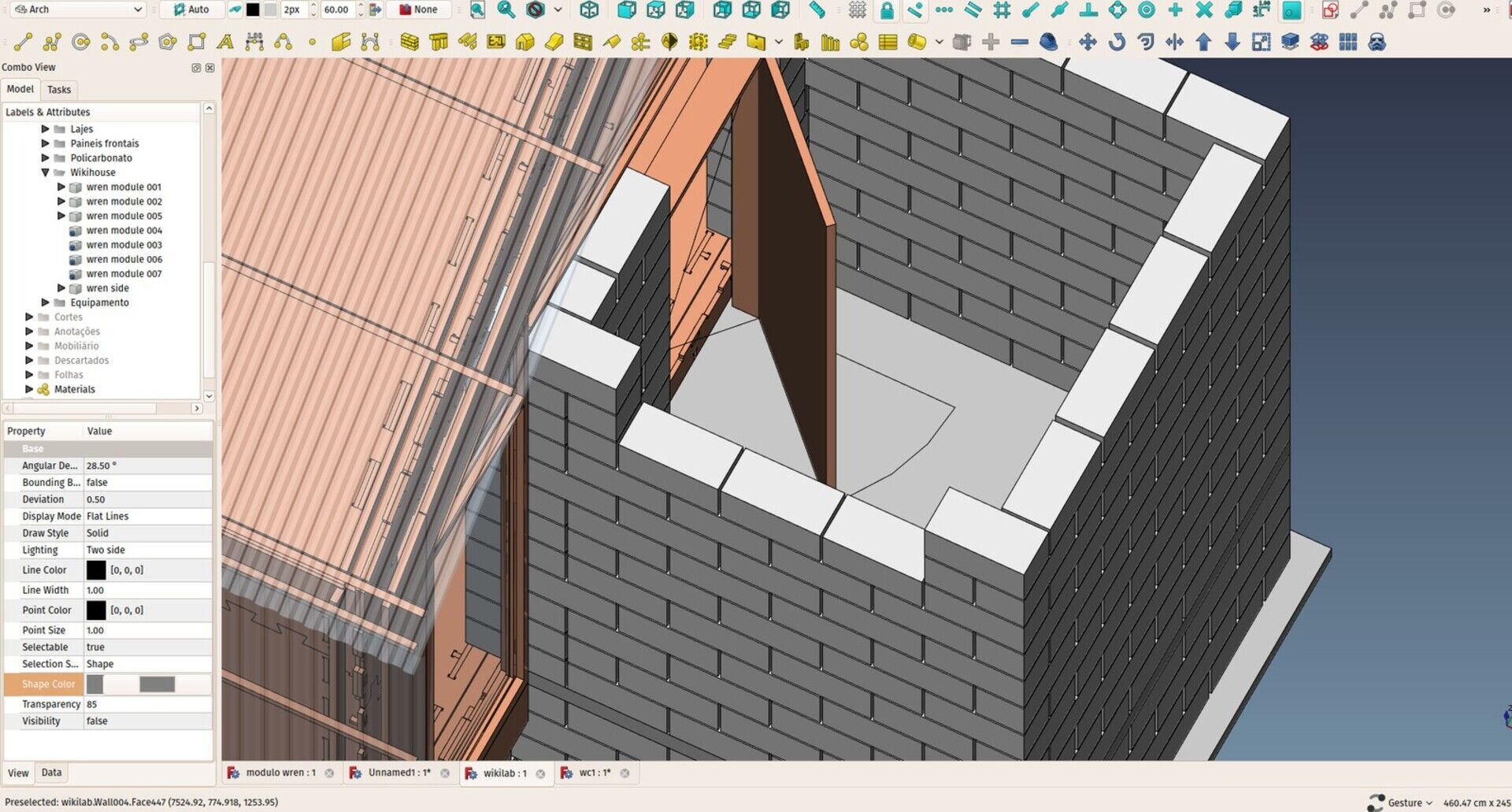 I have a large list of major features that I want to implement in FreeCAD and Arch, I've been talking about most of them in the previous development news, but these are all issues that require a lot of thinking, for example xrefs or walls. Very often I get comments like, why don't you make it work like in Revit (or ArchiCAD, or -name your favorite software here-). The thing is, you can rush and implement an interface quite quickly. But the really important part is not what the user sees or does, it's the underlying structure. If you design some user interface on top of a badly designed data structure, sooner or later you will get yourself limited by the limitations of your data structure. And it will be very hard to get around it if you designed a user interface already. But when you have a well designed structure, adding a good user interface on top of it is easy.

We had this discussion recently about the reinforcing bars tool in FreeCAD. It needs a better interface, that is obvious, but, more important, the reinforcing bar system behind it must be robust and flexible enough to be able to support any kind of crazy situations such as, for example, non-uniform (spline-based) curved walls. If we don't have that, sooner or later our model will fail to address a certain issue.

Then when we have such a powerful system, designing a user interface on top of it, which allows you to, for example, click a column and automatically place a series of reinforcing bars by just specifying a couple of parameters in a nice dialog box is much easier. And if you need a case that the dialog box cannot do, the underlying model can do it. You can still write a small python script that will solve the problem.

That development philosophy is at the deep roots of FreeCAD. Often newcomers complain about the lack of user-friendliness of the FreeCAD interface. But we use to think that there is a right order in software design: First make sure your base structures are powerful and flexible, then design the interface for it.

The interesting aspect is that I think we are entering a kind of new epoch in FreeCAD. Many parts of it are now pretty robust, flexible and stable. And there is a series of new developers coming in, interested in working on the interface side of things. This is also a very precise and long-term work, there is no magical solution, UI-wise. Everything is a question of testing, seeing what works best and what users like (an indication that it works well), and refining.

By the way, have you seen the revamped icons that @agryson has been working on? Also, don't forget that FreeCAD also support color and icon themes, thanks to the hard work of @wmayer and @pablogil...

Sorry for that long diversion, but there is quite some time I wanted to explain better that thing, "why FreeCAD still hasn't a better user interface". We'll get there, but first things first.

About the other major features I am still exploring and didn't find a good attack path yet: 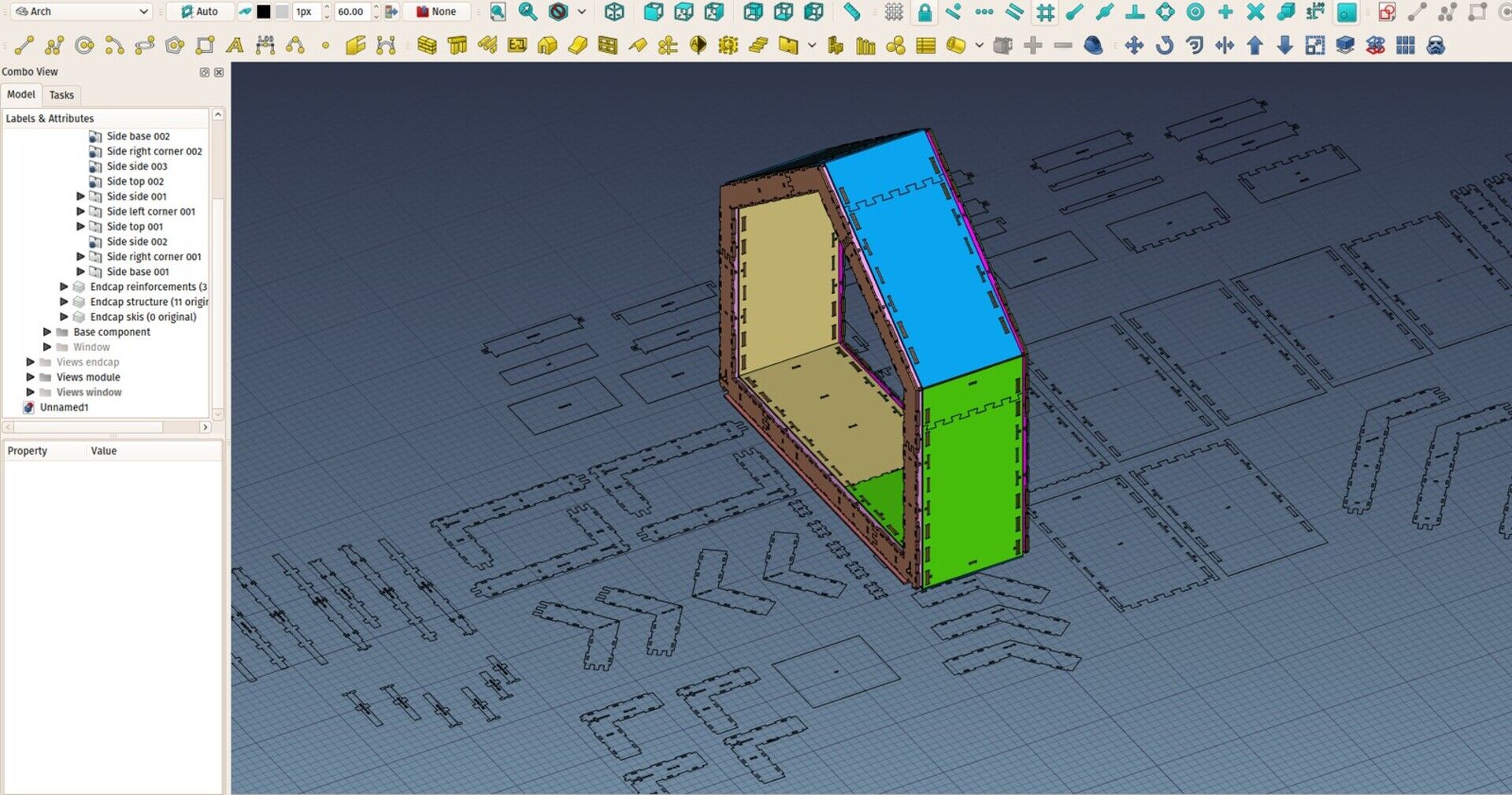 Sorry for that long read once again, hope you enjoyed, and I'll try to find ways to manage my time better next month! Don't forget you can help me to spend more time working on FreeCAD by sponsoring me on Patreon.

Also, have a look on our ongoing wikihouse-based project in Brasil, be sure to have a look at the FreeCAD files! 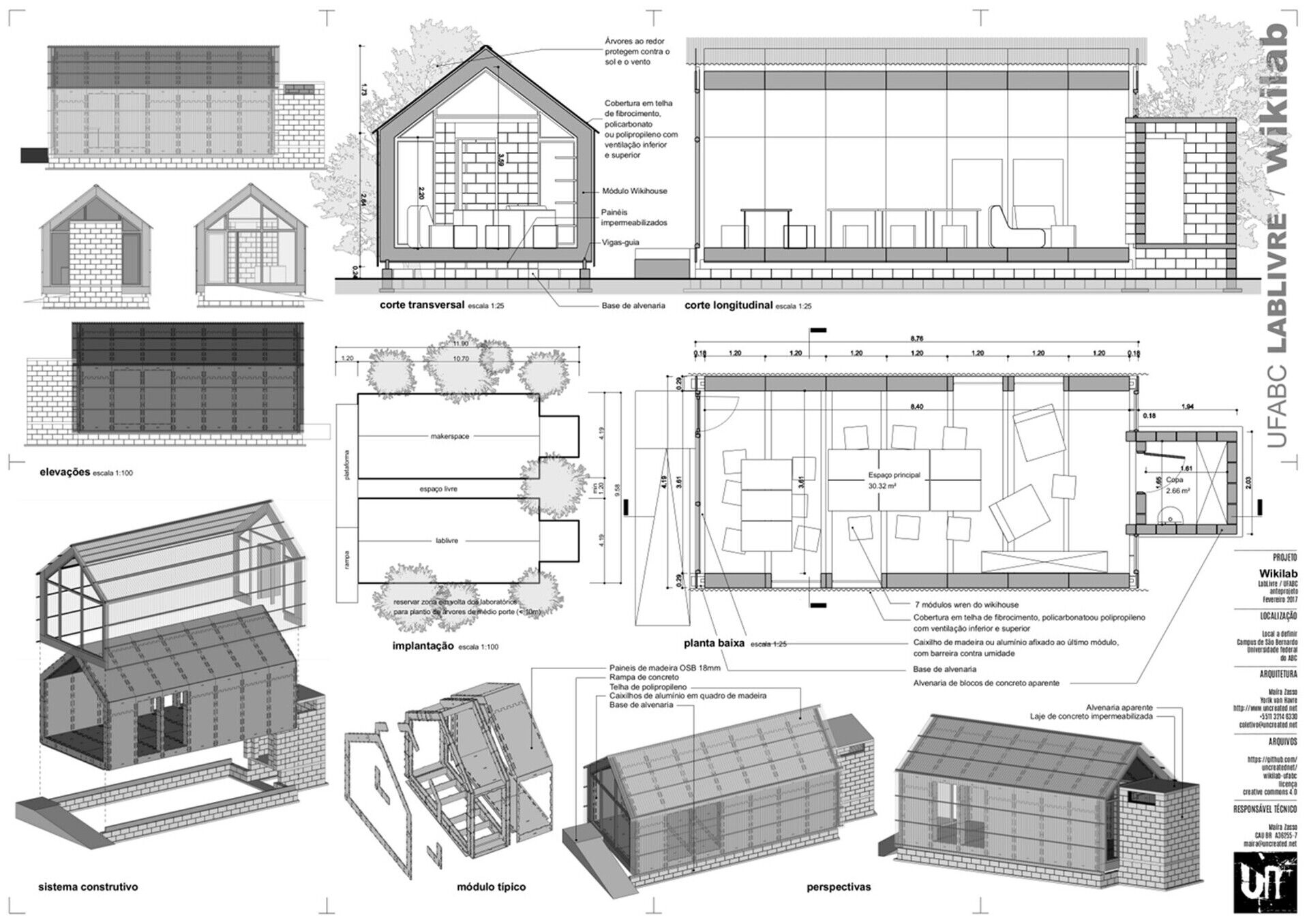 FYI, the image above has been heavily reworked in inkscape, but the sheet is originally exported from FreeCAD.