The title of this article sucks, I know, couldn't think of anything better...

This is a concept I wanted to play with since a long time, and last month I was finally able to setup a proof of concept. The only missing part was to write an article explaining it, so here it goes.

For who is not familiar with the BIM or parametric 3D world, IFC is a file format used to exchange BIM data. BIM stands for Building Information Modeling, and is basically "3D parametric modeling for the construction industry".

There has been quite a fuss for a long time on the internet about this. "IFC is not parametric", you'll read around. "So it cannot be used to transmit model intelligence", Revit users (and specially sellers) will tell you. This always annoyed me... After all a file, that is stored on your computer, is a "dead" thing. It cannot perform computations, it's just a storage for data, so how could it be intelligent? There is no such thing as an "intelligent file format" except maybe in the mouth of some astute marketing gurus...

The "intelligence" doesn't lie in the file. It is the application that does intelligent things with the data it finds in the file. Also consider what a parametric object is. A parametric box, for example, would have 3 parameters: Length, width and height. A program would then construct a box geometry from these 3 parameters. The 3 parameters are everything that is needed for the program to construct the box. If you save these 3 parameters to a file, when reading the file back, the same program will be able to reconstruct the box, just knowing its length, width and height.

I'm using in this text words like "parameters" or "attributes" or "properties" more or less indifferently. It means basically, a piece of data (number, text, whatever) that is attached to an object, for example the length of our box.

This idea comes from an old discussion I once had with Inkscape people. Inkscape uses the very well-known and very standardized SVG format, which is readable by a huge amount of applications, including almost all web browsers. The SVG specification is something tighly maintained and controlled by the same consortium that maintains HTML and almost all the web standards.

So Inkscape, when reading that file, will see the custom properties, and be able to use them the way they are meant to, while other applications will simply ignore those properties, and will only consider the standard parts.

An example of that is the "star" tool of Inkscape. The star object created by this tool is parametric, that is, if you edit the star after you created it, you will still be able to modify the number of spikes, the radius, etc. If you save the file, and reopen it, you are still able to change the number of spikes.

If you open that same file with any other SVG application that is not Inkscape, they will show the star correctly, but won't be able to edit it. Inside the file, the object is a standard SVG path object like this (the data inside the d parameter are point coordinates with instructions such as Movement or Line) :

This is standard stuff, readable by any SVG app. Inkscape adds its own attributes like this:

"inkscap:sides" or "inkscape:type" are additional parameters that only inkscape will see when reading the file. Inkscape wil then know that this path is actually a star, and will be able to re-generate a different path data if you edit the star.

It was thought right from the start that applications might want to add such custom content to their SVG files, and therefore the SVG specification provides this nice namespace system where you can write your custom additions by preceding them with a name that identifies your application (inkscape: in this case), which turns it easy for you, the Inkscape developer, to identify Inkscape-specific content in the file. If you use such namespaces, the SVG specification even forces you to add a line like this in your file:

So other developers, when reading your file, when they see your inkscape: attributes, will not need to google for it, they will be able to go right to a page where you have carefully documented it all... Isn't that nice?

So basically here we are: the same concept can be applied to IFC. IFC supports adding custom properties to any object. Let's say you have an application that draws chocolate walls (yes, it's a BIM app for cake makers). You could make your application save your cake as an IFC file, and store its walls as standard IFC walls. But you would add a special property, for example: chocolate_type="milk chocolate". Your cake would still open in Revit, but only your app will see and read and use the chocolate_type property and will be able to recreate the cake faithfully and parametrically (you will be able to change the chocolate type after loading the file).

So I added this to FreeCAD, as a very simple proof of concept. There is now an option in Edit -> Preferences -> Import/Export -> IFC named "Export full FreeCAD parametric model". When you switch it on, when exporting to IFC, the resulting file, instead of being formatted like this:

The IFC importer of FreeCAD has also been adapted so when reading that file back in FreeCAD, you obtain faithful, 100% identical parametric objects as when you exported it. In fact, when FreeCAD finds an object inside an IFC file that has a "FreeCAD" property set, it will simply skip all the rest and reconstruct the object only from the contents of the property set. 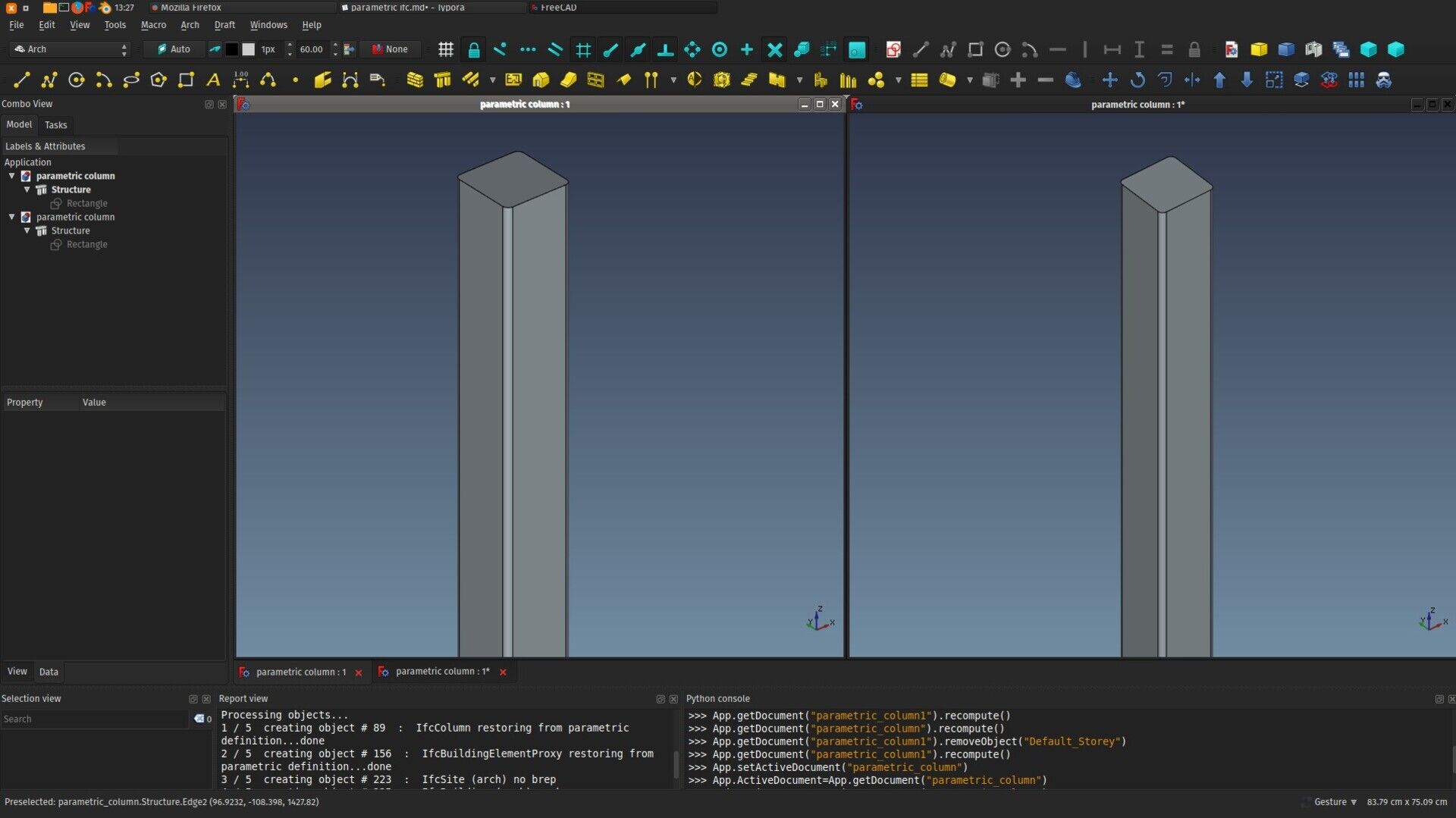 But other applications, unaware of the FreeCAD contents, will still see the "standard" definition: 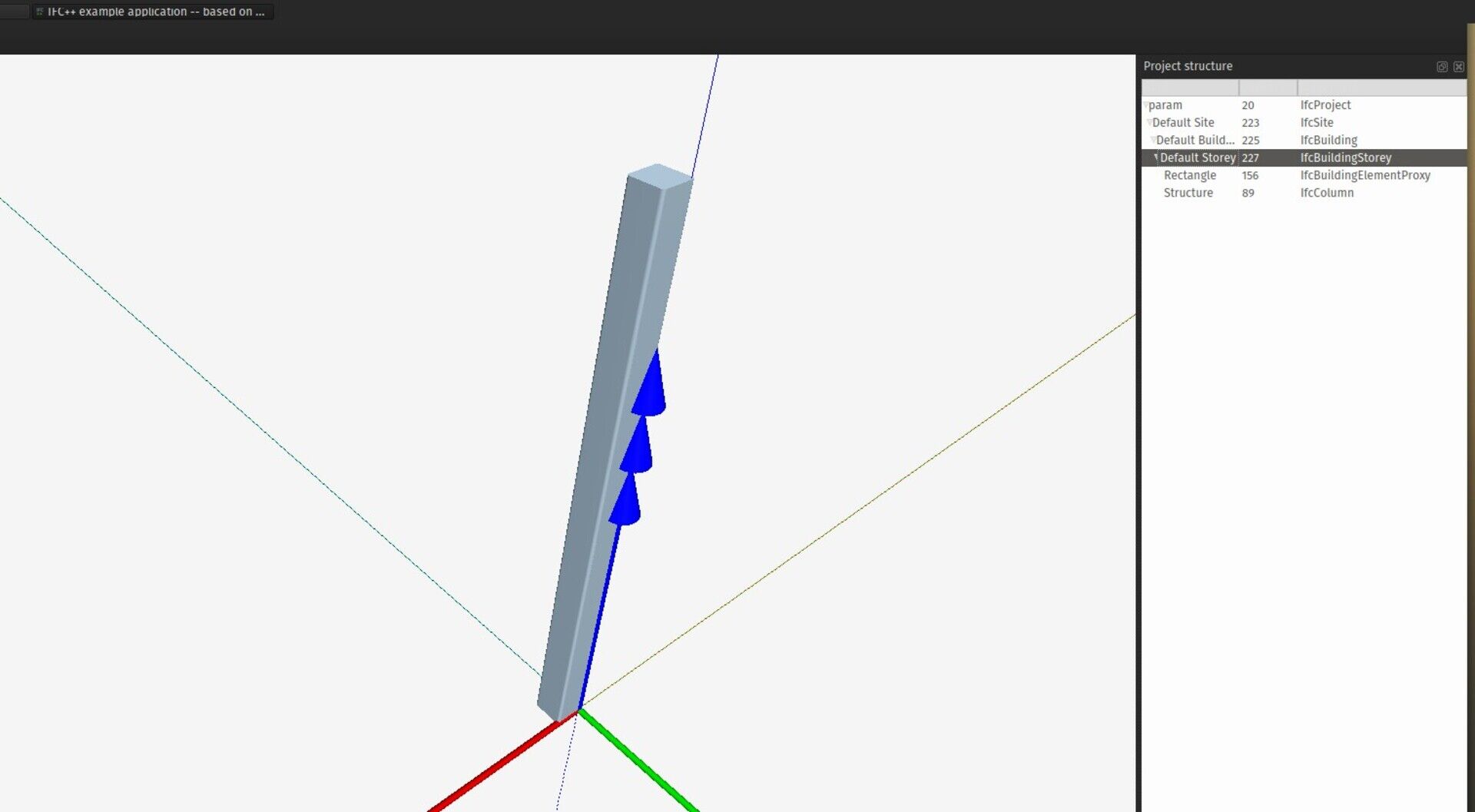 So far this is just a proof of concept. There are many property types of FreeCAD that are not yet supported. But it would not be much work to extend the system to support them all.

Now I can hear the arguments against all this gathering in your head. What's the point, if other apps won't be able to do anything of that shit? What if the other app modifies the standard IFC content, but leaves the FreeCAD property set intact? FreeCAD will ignore the modified version. Etc, etc. The counterarguments are many.

However, the discussion has shifted. What if such "extra" parameters/properties/attributes were clearly documented somewhere? What if, for example, Revit would export its walls with a defined set of properties that would allow it to recreate the wall 100% as it was before exporting? We could make FreeCAD see, use and modify those properties too. Or, even better, have a common definition that says "all walls must have length, width and height properties". That actually exists up to some very basic point in IFC, you can add a "standard wall property set" to walls, that contains such generic properties that should be common to all walls. I have never seen that system being used very much yet, though.

So is the problem not in defining things correctly, instead of blaming IFC for not being technically fit to the task? The model works well for SVG, it would be really worth trying...

Jon Mirtschin, the famous IFC guru behind GeometryGym, experimented a lot recently with similar concepts. The difference with his approach is that he found a way to bind properties to certain values in the IFC file. Simplifying a lot, his file looks like this:

So the relationship between the extrusion value and the Height property is written in the file. This is obviously a much more interesting solution freedom-wise. Everything is stored inside the file. You can invent any kind of parametric relationship like this. And when you remember that GeometryGym is developed principally for Grasshopper, where you could read that file and reconstruct any kind of wild, crazy relationships written in the file (for example: The height of the wall equals to half the width of the whole facade, minus the height of the front door), this makes a lot of sense. 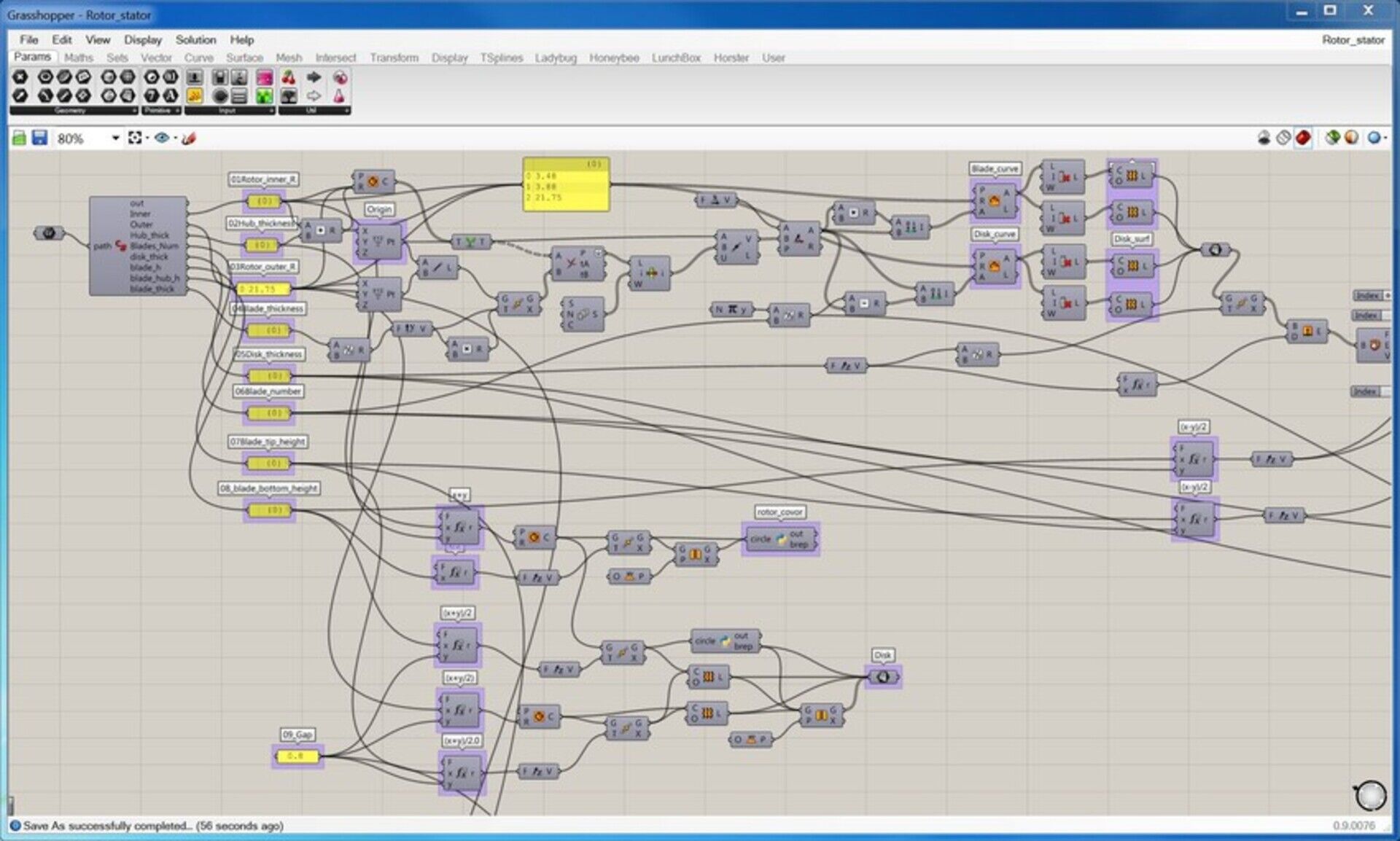 But the question remains: What would Revit do with a file that contains a definition like: "The height of the wall equals to half the width of the whole facade, minus the height of the front door". I think that's something where both approaches meet the same issue: Sooner or later, some of the parametric content will be discarded by some application, that will say "Here we don't construct walls like that. We don't allow this".

But my point in this article was to show this: Not only IFC can perfectly well contain parametric objects, it can even as Jon's example shows, contain your wildest parametric dreams, actually probably far beyond any other proprietary file format out there can do. Implementing parametric relationships in the IFC file format is something that has been researched for quite some time already, and there are other further plans too.

An IFC file that can do the full round-trip (be exported from your application and reimported with 100% faithfulness and all its "intelligence") is totally possible, that's now clear and proved. The remaining problem is actually not a technical issue, but much more a communication issue.

What if the consortium behind the IFC format would issue a chart, with things like "The parametric properties that a wall should have", or force you, if you add custom properties, to provide an URL where you explain it all, like SVG does? These things would not make the problem solved tomorrow, but would allow to progressively structurate and consolidate parametric IFC files, that could progressively become fully editable by more and more applications.